The Black Man Did It.

Money GPS posted this: $35 TRILLION IN “ACCOUNTING CHANGES”
.
hmmmm….
.
This is rotten, top to bottom. Never for a second ignore the fact that the military industrial complex completely runs the show (On this level). They do whatever they want, whenever they want.
.
There are distractions on the surface level which serve their purpose but they will never actually modify the path which has already been laid out.
.
What do you think about this? 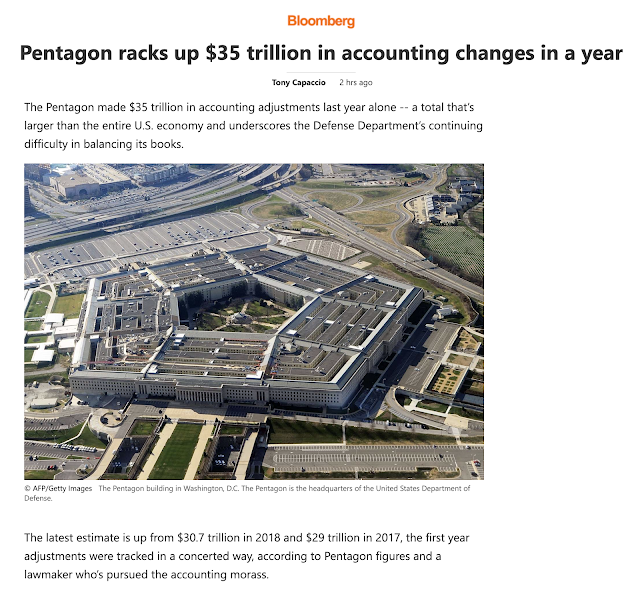 Money GPS is clearly wrong in blaming the Usual Suspects. I have uncovered the real culprit. I left the following comment at his video on his Money GPS channel.

The black man did it. All $35 trillion was stolen by one black janitor working nights. It was discovered that he had links to Al Qaeda and Osama bin Laden’s chauffeur. He drives a car with an unusually big trunk.

Our devious black janitor with links to the Muslims takes a 20 minute break every 2 hours but no lunches. He drives to the all night car wash next to big Al’s Louisiana BBQ where his co-conspirators removed 250 50 kilo bundles of twenties 4 times a day. That is $4 billion every night shift or a trillion dollars in twenties in 50 weeks. He might have help inside the Pentagon with other black janitors bagging that much money in trash bags. On the weekends they distribute duffel bags of twenties to their relatives who come to Washington DC on tour buses with black drivers.

The FBI could easily catch this black man because he is obviously driving a custom built stretch limo with a very big trunk. But the FBI is so busy spying on you and me that they can’t be bothered with anything criminals in Washington DC are doing.

This also explains why so many black people in the US never pay with a credit card but buy everything with twenty dollar bills. They practice discretion by never carrying more than $300 in twenties into one store at a time. They replenish their supply by making frequent trips to their cars in the parking lot.

Repeat this three times: A Black man did this. No General, No Congressman, No Senator, No Banker, No Defense Contractor and No Political Appointee was involved.  And then tell yourself 20 times “The Mainstream Corporate Media is not part of a conspiracy to keep the truth from me.” If more than a trillion dollars in one year was stolen from the taxpayers in one year, then there is obviously more than one black janitor with a stretch limo working the night shift at the Pentagon.

This revelation is a continuation of the theme:  Join Catherine’s Meme War Against DC Swamp Creatures.