Earlier this month it was revealed that the Centers for Disease Control and Prevention’s (CDC) National Violent Death Reporting System (NVDRS) now includes all fifty states.

“The NVDRS claims to be a surveillance system that pulls together data on violent deaths in all 50 states including information about homicides, such as homicides perpetrated by an intimate partner (e.g., boyfriend, girlfriend, wife, husband), child abuse and neglect or child abuse homicides, suicides, and deaths where individuals are killed by law enforcement in the line of duty. “

As you will see, the NVDRS’s “surveillance system” for Americans killed by police officers raises many questions.

Researchers have only one choice, which is to go to Section 3 and tick the box marked “victim injured by law enforcement officer” and click the year you want to view. And as you will see the results are highly questionable.

The CDC claims that in 2015 only 358 citizens were killed by law enforcement. The same is true for the past five years. (See the results below.)

According to a report by Persuade Me Politics, police killings are much higher than what the NVDRS has reported. 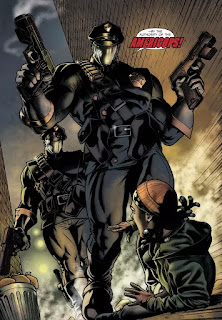 The UK Guardian’s “The Counted” series revealed that on average more than one thousand Americans are killed by police each year. Another website called Fatal Encounters is also at odds with the NVDR’s database.

Fatal Encounters “Visualizations” section reveals a steady uptick of officer involved shootings dating back to 2004 and includes a disturbing map detailing the number of people killed by police in each state!

A 2017 study released by JAMA Surgery found that from 2006 to 2012, there were approximately 51,000 emergency department visits per year for patients injured by law enforcement.

With so many sources contradicting the CDC the question remains, is the CDC’s report spanning twelve years, intentionally misleading?

Before you answer that, I will leave you with this reassuring message from the CDC.

“CDC’s Injury Center works to protect the safety of everyone, every day; this includes preventing homicide and suicide and their adverse health consequences to families and communities.”

Yeah, good luck with that.

What about the adverse health consequences of being injured or killed by a police officer? Don’t worry it will never happen, the CDC would never let the public see those figures.