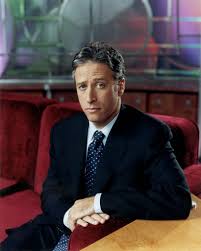 On his program Monday night, Jon Stewart said that the sequester, which took effect Friday, was like an “autoerotic asphyxiation” for Congress. As the comedian pointed out, the whole idea of the sequester was supposed to be so painful that Democrats and Republicans would work together on a plan to avert the $85 billion in automatic across-the-board budget cuts.

However, because this is Congress, we all probably should have figured out far in advance that it would figure out some way to screw it up.

“Congress, as always, in its infinite wisdom, forgot just how fucking incompetent they really are,” Stewart said. “They got cocky. Here is what Congress did with the sequester. It was like they tied a belt around their neck and then looped it over the shower curtain in the hopes that this pressure would somehow heighten the sensation of getting something done. Here is the thing about autoerotic asphyxiation: Everyone thinks they can pull it off until they don’t.”

Stewart also took the media to task for focusing on President Obama’s mixing up terms from “Star Wars” and “Star Trek” instead of calling out John Boehner for saying that taxation was stealing. Sure, Obama messed up a couple of pop culture references. But as Stewart said, the statement Boehner made clearly reflected the speaker of the House’s “deep misunderstanding of the United States Constitution.”

One thought on “‘The Daily Show’: Jon Stewart Rips ‘Incompetent’ Congress Over Sequester”