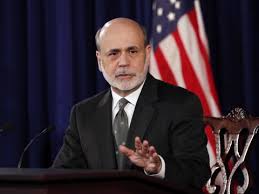 What an army of rabble-rousers, economists (those banished from the mainstream media), and bloggers, including your humble servant, have been hammering on for years, a study by the San Francisco Fed now finally confessed: Quantitative Easing didn’t do a heck of a lot of good for the real economy.

Whatever it did for Wall Street, and however it shifted wealth to the upper echelon of society, and however it destroyed what little remained of the free markets, and whatever distortions, misallocations, and bubbles it created, QE had “at best,” – emphasis mine – “moderate effects on economic growth,” the study said.

It estimated that the effects of QE on GDP growth were “smaller and more uncertain than a conventional policy move of temporarily reducing the federal funds rate by 0.25 percentage point.” So almost nothing, despite the Fed’s nearly $3-trillion money-printing and bond-buying binge.

The crux of the Fed’s confession: if anything has impact, it isn’t the actual money, but words. “Our analysis suggests that communication” – emphasis mine – “about when the Fed will begin to raise the federal funds rate from its near-zero level will be more important than signals about the precise timing of the end of QE3.”

But why is the Fed suddenly admitting that QE hasn’t accomplished much, now, with impeccable timing, just as it is preparing to take away the spiked punchbowl.

If the Fed lets its asset purchases peter out in mid-2014 – which seems increasingly likely – it will impact the markets in two ways: the flood of printed money, $85 billion a month, will no longer wash over the worldwide financial markets, and that’s a lot of moolah, enough to buy a few good-sized companies here and there on a monthly basis. It will be sorely missed.

The other area of impact? Back in early 2009, the Fed went all out to create the impression that printing a few trillions and forcing interest rates to near zero would re-inflate asset values. And the power structure jumped on that bandwagon, from President Obama and Warren Buffett on down, and it became the established belief propagated ceaselessly in the financial media, through financial advisors, on radio shows across the country….

It’s called “confidence.” So they poured more money into the markets around the world, regardless of risks and reality, and asset prices jumped because everybody believed that everybody believed that they would. Trillions were being printed in different corners of the Planet to fund the spree. And each wave inflated another asset class, or another local market.

Earlier this year, with bubbles too big to ignore, the Fed began to worry that they might take down the financial system again, which even the Fed didn’t want to do. Highly leveraged mortgage REITs were going haywire. Private equity funds were plowing tens of billions into vacant single-family homes to rent them out, though half remain vacant. Risks in even the worst junk bonds became practically invisible, and these time bombs are now sitting on the shelves of financial institutions and bond funds ready to blow up … without compensating their hapless owners for that risk. And people are once more creating toxic securities of the type that brought on the financial crisis – only worse [my take… Wall Street Engineers Newest Frankenstein’s Monster For Housing].

That’s when the “taper talk” commenced. Fed governors began spreading doubts about what Wall Street has been wallowing in, QE Infinity. Then dates appeared on the calendar. So people started to look around to see if everybody still believed that everybody believed that all assets would continue to go up, and suddenly they saw some doubters and even agnostics. It caused a rout in the bond market.

No way José. Instead, the Fed would reconstruct the belief system. So it shifted its manipulation machine into reverse. While it had preached for years that QE was re-inflating asset values and liberally took credit for the “wealth effect,” it now says that QE had nothing to do with it, that asset values ballooned on their own or whatever, and that investors shouldn’t fear the end of QE because QE never mattered in the first place.

Economists are already being quoted in the media confirming precisely that, and radio talk shows discuss it, and the hope is that everybody will soon believe that everybody believes that the party can go on without the punch bowl; that in fact, it had been there all along just for decoration. And so the party might go on a little longer, until someone discovers the missing moolah – or the economic realities hidden under these assets.

“You don’t seem to think Abenomics is working,” a reader wrote, followed by tough questions and a comparison to Kyle Bass, who has been betting on a full-blown Japan crisis. It got me thinking (which is trouble). I’m attached to Japan. What started in 1996 has turned into a complex relationship. But now that Abenomics is the religion of salvation, I’m even more worried. Read…. Why I’m Deeply Worried About Japan – And Why Betting On The Collapse Of JGBs Is A Horrible Idea.