The Most Stupid Gun Law Ever Made 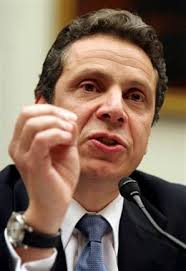 New York state lawmakers are considering amendments to the state’s sweeping new gun control law, including repealing a ban on magazines that hold more than seven bullets, Governor Andrew Cuomo said on Wednesday, describing most of the changes as technical.

The law, passed January 15, a month after the massacre at a Connecticut elementary school, also requires gun owners to register most guns with the state and requires universal background checks.

Cuomo and legislators have been discussing “technical corrections” to the law, the governor told a news conference.

“There is no such thing as a seven-bullet magazine,” Cuomo said.

Under the proposal, gun owners would be barred from loading more than seven bullets at a time, he said, unless they are at a shooting range or participating in a competition.

First of all, regarding this issue of seven cartridges in the magazine, Kimber makes plenty such magazines for their 1911′s.  Second, please stop saying that bullets go in magazines, you ignorant moron.  Complete cartridges go in magazines.

But to the substance of the report, take careful note again what the Governor said.  At shooting competitions (we can guess they mean IDPA or 3-gun competitions or some similar event), shooters could load more than seven cartridges in their magazines.  Likewise for ranges.  But if they’re home preparing to defend their families at night, it would presumably mean that gun owners would be committing a felony by loading more than seven cartridges.

This assumes that anyone would be willing to defend themselves from a home invasion and then rather than unloading the balance of the magazine, they admitted to law enforcement that they had more than seven loaded.  Of course, it might take more than seven to defend against the home invasion, which is the point of this ridiculous dance anyway.

Note again.  Voluntarily acquiescing to load no more than seven cartridges in your magazines when you need them, and loading them up to capacity when you don’t.