The “No, by God, You Will Not Disarm and Enslave Me” Movement Rises to Power

The fraudulent opinion polls are meant only for the consumption of the goyim.  This being said, make no mistake, the elite at the top have their own ears to the streets and they know the temper of the American people and the fact that the propaganda is failing miserably.

Just like with the grass roots Tea Party and Occupy movements, a new power has arisen in this land, more powerful than any other ever seen on this planet.  It is the “No, by God, you will not disarm and enslave me” movement.  And now, just like with the grassroots Tea Party and Occupy movement, we are seeing a mad scramble to infiltrate, harness, and control this new power.

The NRA was moved into place by the neo-con national socialists back when this new movement started to explode, just in case the propaganda failed to quell the uprising.  Wayne LaPierre, with a look of total panic and fear, finally stepped up a week after Sandy Hook and record gun sales and declared that the NRA would not back any attempts at gun confiscations, including universal background checks, which he had previously endorsed.

People, our numbers are unfathomable.  We ourselves have yet to realize what a powerful force we have become and this Kraken, which has awoken and been provoked, is right now completely uncontrollable, as it consists of 40 million heavily armed, pissed off Americans who have flushed the fraudulent system and are now thinking for themselves as individuals.

We are now seeing a petty attempt by the neo-cons to infiltrate and create a leadership that can be corrupted, as Rand Paul and Sarah Palin are declaring themselves to be our leaders and are taking up our mantra. 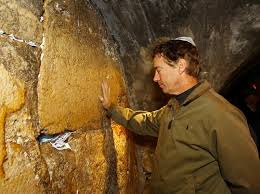 I do expect Alex Jones to start praising and advocating Rand Paul as our new conservative, pro-gun, natural leader.  We cannot forget that that dirty little bastard stuck the knife in our back when he denounced his own father and embraced the neo-cons in 2012 or his recent trip to Israel to take a knee and kiss the ring of King Netanyahu. As for Sarah Palin, just look at the Israeli flag pin she is wearing.

These infiltrators will now start to back everything we back and oppose everything we oppose and then, when we are victorious, they will hail themselves as having led us to victory and then claim a mandate from us, which will be designed to destroy everything we have worked for.

I already know we are smarter than this, but I will remind you where our power comes from and that is the fact that we are individuals, by the millions.  The only way we can be pacified is as individuals.

This is an attempted hijacking and must be treated as such.  Make no mistake, when it fails, it will be all out war.  When these evil parasites fail to control us through duplicity, all they will have left is force.  Their application of force will fail as it will be too little, too late.  And they know they are too little, otherwise they would not be trying such a radical shift at the very instant they were portraying a united communist front, determined to disarm us.

40 thoughts on “The “No, by God, You Will Not Disarm and Enslave Me” Movement Rises to Power”