The Question of the Century… What is the underlying motive? 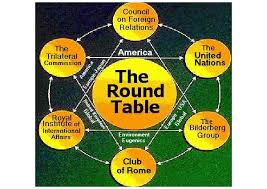 A college professor friend of mine just asked me this question below. I have been sending him alternative news, articles, and commentary for over a year now, doing my part to wake-up the masses.

So, I had an idea to post his question to the crew at From The Trenches, and let all of us answer him, and anyone else who might be new to this and have the same question, “What is the underlying motive?”

So, please everyone take the time and give your take on it, and after a few days I will copy and paste your answer into a letter and send it to him and all of my other contacts.

I’d like to get your thoughts on something. There seems to be a constant stream of doom and gloom predictions that you send along, all about police state, one-world order, collapse of financial systems, etc. And these sources all basically claim that the whole thing is being orchestrated by a select group of the wealthy.

My question is, “WHY?” It really makes no sense that any group would want the collapse of civilization. The wealthy get wealthier in a healthy economy; they get cooler toys to play with when businesses are thriving; they get better roads to drive on when governments are stable; they are at lower risk of disease when medical systems are in place. . . it just makes no sense to me that any group would have a motive for engineering the collapse of society.

I guess part of my confusion too is that while I have not met too many wealthy people, those I have known have been just as nice as anyone else I have known (or more so).

So, what do you think is the underlying motive?

89 thoughts on “The Question of the Century… What is the underlying motive?”