The toy-gun arrests use “actors” 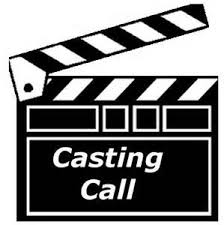 There are two ways to cast a movie. You bring in professional actors and have them read, or you go out and hire “real people” for the parts.

The second way is sometimes used for the cameos.

That’s the case with the completely insane arrests, school suspensions, and general harassment leveled at kids and parents who “are guilty of” toy guns, fingers shaped like guns, pictures of guns, guns that make bubbles.

Here’s how it works.

The networks cover these stories, and they interview people in the community who say:

“Well, I think the suspension from school was a little too harsh. Of course, Jimmy shouldn’t have brought the bubble gum gun to school, but the authorities went overboard…”

“The schools have a hard job these days, after the Newtown shooting. Everybody is on edge…”

“Mickey is a good boy. I’m sure he meant no harm with the water pistol. But bringing it to school not the thing to do…”

These are all supposed to be rational comments and reactions.

Of course, they aren’t. They’re the words of total idiots.

If Jimmy brings a screen saver of a gun to his school, SO WHAT?

If Mike has a little plastic gun that makes bubbles, SO WHAT?

Ah, but if the sane people who would come right out and say “SO WHAT” and get very angry about it don’t exist anymore, then where are we.

But you see, those sane people do exist. They are many of them in the communities where the lunatics in charge are pursuing this wacko agenda.

They’re not casting them in the movie called The News.

No, instead, they’re casting the idiots, as if they represent the “general opinion and feeling.”

And these are the people the country sees on the news.

After a while, most of the viewing audience accepts these selected interviewed morons as “everybody.”

If they wanted to, a news staff could find, in a town, a hundred people who would be outraged at what’s going on with toy guns. But they don’t want to.

In other words, it’s a psyop.

And by implication, it adds fuel to the idea that any angry person is suffering from some sort of mental disorder, like the fictional Oppositional Defiance Disorder.

A kid brings a toy gun to school.

The authorities go into a dither. They suspend the kid and call the cops and go off about “protecting the community.”

A TV news crew moves in. They talk to residents. They screen them. They choose “rational people” to interview. They reject the ones who are outraged, whose blood is boiling. They don’t interview them.

This is called casting. It’s finding actors who are real people. The real people are chosen for their “balanced and concerned” reactions.

There is another angle to the official news psyop.

Step one: The news staffs are consciously choosing interviewees who back up the astonishing actions of the school and the cops. To an authentically sane mind, what the interviewees are saying is staggering and it doesn’t compute.

Step two: But after dozens of these toy gun stories are run on the news, the mind begins to waver. It begins to doubt itself (unless it’s committed and strong and has some actual principles in tow).

Step three: And this doubt, the production of this doubt, is exactly what the psyop is aimed at engendering.

The doubt has a way of spreading. Other news stories that don’t add up begin to make sense to a doubting mind. It’s called passive acceptance.

“Let’s see. The parents yanked their kid out of the hospital because they didn’t like the doctors and they got a second opinion. The second opinion said the child could stay at home with the parents, but Child Protective Services came and took the child away. Hmm…I don’t like that but I guess CPS knows what it’s doing…they’re the professionals…”

The mind rejects its own conclusions and opts for passive acceptance.

Anybody who is truly angry with good cause is really weird and “has a problem.” Anger is bad.

When is the last time you saw a person running for public office who was coming from a place of real and visible and seismic outrage, justified outrage, who based his whole campaign on that outrage?

When was the last time such a candidate won a race for a major office in this country?

The psyop says, “Such people are unbalanced. There’s no telling what they might do.”

To put it another way, when was the last time you saw a machine that was angry? Never. And the America that’s being created, day after day, is all about turning humans into machines.

A citizen says, “Billy brought a toy gun to school. Yes, the principal was harsh in his judgment and punishment. I see that. At the same time, there is a great deal of fear these days. So the suspension was understandable. Billy needed to apologize. He needed to be taught a better kind of behavior. This is a tricky problem. It’s not easy to solve. We have to be compassionate for everyone concerned…”

That’s the comment of a human turning into a machine. A machine that spits out “reasonable” observations.

That human was selected to be interviewed. He was chosen. He was put on camera.

This is all about operant conditioning, and the goal is to make a free and independent human into a socialized mechanism.

What’s called New Age Philosophy, this part of it, was created intentionally, as an op, to generate passive acceptance masquerading as higher consciousness. Socialization. An underpinning for the succeeding wave of political correctness.

The news has a very strong card to play with its viewing audience: “See, this is real. These are real stories and we’re interviewing real people. This isn’t fiction. We aren’t making anything up.”

But of course they are making it up. They are creating fiction. They’re choosing people to interview as casting directors would. This person over here doesn’t fit the story line, he’s too outraged. No good. This person over here is perfect. He looks and sounds respectable, and he thinks toy guns are wrong, but he comes across as reasonable. We want him for the role.

Over the long haul, we’re talking about nothing less than the creation of an archetype for the viewer: the Interviewee. In thousands of newscasts, this archetype is shaped and sculpted, until the viewer comes to expect it.

If he doesn’t see it on the news, if he sees something else, he rejects it.

And the corollary: anything (anybody) else isn’t a real citizen.

The movie called the news is, by this process, inventing cartoons of life. With the ability to present thousands and thousands of these cartoons every night, with that power, the news creates reality. People come to accept the cartoon as authentic. Then they demand the cartoon, because…

They want something real.

This is the absurdity.

Government agencies like DHS are aware of this phenomenon, and they play it to the hilt. They meet with newspeople and train them on how to cover catastrophes and major crimes.

This training reinforces the basic slant of the news, offering suggestions and recommendations on how to present these events to the public.

In return, news networks tell government what they need, what they are looking for.

This is the grand meeting and collaboration of two major cartoon organizations, feeding each other, and feeding off each other.

Television news has become a kind of judiciary, bolstering its case by bringing witnesses on camera who fit the portrait of realism it has created over decades of programming.

And the truth? The truth has become a hated and shunned commodity. It would not only upset all applecarts, it would look false. It would lack the style the public has come to accept as the only legitimate fashion statement.

The mind has been prepared, primped, and conditioned to want fashion, not as a substitute, not as accoutrement, not as add-on, but as the central core.

Such is the power of art. Not great art, but the worst and most shallow and obvious art. The art of mass mind control.

Well, it wasn’t going to be Rembrandt, was it? It was going to be, and is, a portrait of the locked in, locked down, perfectly ordinary citizen, credible to the nth degree because it seems to lack the ability to speak anything other than truth:

The invention of television news.

The author of two explosive collections, THE MATRIX REVEALED and EXIT FROM THE MATRIX, Jon was a candidate for a US Congressional seat in the 29th District of California. Nominated for a Pulitzer Prize, he has worked as an investigative reporter for 30 years, writing articles on politics, medicine, and health for CBS Healthwatch, LA Weekly, Spin Magazine, Stern, and other newspapers and magazines in the US and Europe. Jon has delivered lectures and seminars on global politics, health, logic, and creative power to audiences around the world. You can sign up for his free emails at www.nomorefakenews.com

7 thoughts on “The toy-gun arrests use “actors””