The United States – for Anyone but an American 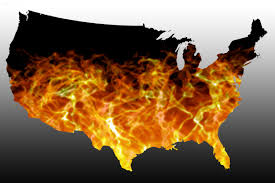 Last week in Mexico, the traitor Obama indicated that he was open to using an unconstitutional executive order to enact universal background checks, because this is something that the Mexican government wants.  Another thing being discussed during the trip was US immigration law, and of course the American chief executive would be working towards the goals set forth by his Mexican constituents. Treason has become so commonplace that it barely raises an eyebrow anymore.

Meanwhile, to the issue of Syria: the Israelis, being true to their form, have again attacked Syria in an offensive operation, as headlines in the US seek to predict what extent the US involvement will be in this foreign war against a country that has not attacked the US – Zionist empire building by any other name.

We are being told that our bunker busters are being bolstered and brought online in preparation for the invasion of Iran, both of these foreign entanglements being the last we American nationals want.  So much for the illusion of a representative government.

Any and every thing this insurgent government does and has done will be overturned after the insurgents are removed.  Every sleazebag foreigner around this world who has participated in this international fraud and murder, is going to pay the full measure, and that includes the international courts that have accommodated this Zionist outrage upon the world.  And surely it will not be the first time those who have judged will have been brought forth to be judged.

This was once the greatest nation on Planet Earth and it will be again, though we the people will never be the same and this is the greatest crime.  We are guilty of complicity through our negligence to guard that which is precious; hence after this Revolution for Restitution, we can never allow ourselves to fall back into a simple existence.

After the suffering has been completed, we must and will take measures to insure that our people stay diligent and understand that this country is our wealth and there will always be someone, somewhere, plotting to take it away from us.  We now have a full understanding of just how psychopathic and duplicit the lust for wealth and power can make human beings.

We need to get the job done, get it done right, and then let our mantra be “Until the end of time, never again.”

8 thoughts on “The United States – for Anyone but an American”