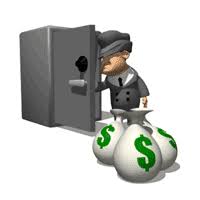 Preface: Bloomberg’s recent estimate that the big banks are subsidized to the tune of $83 billion dollars per year created tremendous controversy.  But – as shown below – the real number is many times larger.

Chris Whalen is one of America’s top banking analysts.

Chris Whalen is one of the leading independent analysts of the US banking and financial system.

Whalen notes today that the big American banks get a subsidy in excess of $780 billion dollars per year.

Specifically, Whalen estimates the following types of subsidies to the giant banks:

The smaller players lived on the bleeding edge of the mortgage market, but they were also far more efficient lenders than the large banks. Now, care of the Fed, we have a highly inefficient oligopoly in the US mortgage market that is built around the largest banks.

The lack of capital required in these transactions and other special dispensations from the Fed provide the zombie banks with unlimited leverage and almost no public scrutiny. The fact that OTC contracts are exempt from the automatic stay in bankruptcy is a huge subsidy. The bilateral market structure is another.

That totals $780 billion per year.

But Whalen notes that there are many other subsidies as well:

The above points are only a partial list of the subsidies and other flows that allow the members of the banking industry to pretend to be profitable, risk-taking organizations in a free market economy.

The bailouts of the big banks amount to trillions of dollars, are never-ending … and continue to this day. (Indeed, the government is arguably paying trillions of dollars more in unnecessary interest paymentsjust to have the banks “create” money, instead of creating it itself … as the Founding Fathers may have envisioned.)

Whalen notes that the big banks are not really profitable:

[These are] structural subsidies blessed by Congress and the Fed that make large banks look more profitable than they truly are. In fact, the TBTF banks are not really profitable at all.

The reality, sad to say, is that banks in 21st Century America are government sponsored enterprises ….

Indeed, they are government sponsored enterprises where all of the profits are privatized, and all of the losses socialized.

And the big banks are not helping – but are rather destroying – the economy. Indeed, failing to break up the big banks – and the malignant, symbiotic relationship between D.C. politicians and the banking giants – is destroying our country.