U.S. judge asks: Why haven’t the financial executives been prosecuted? 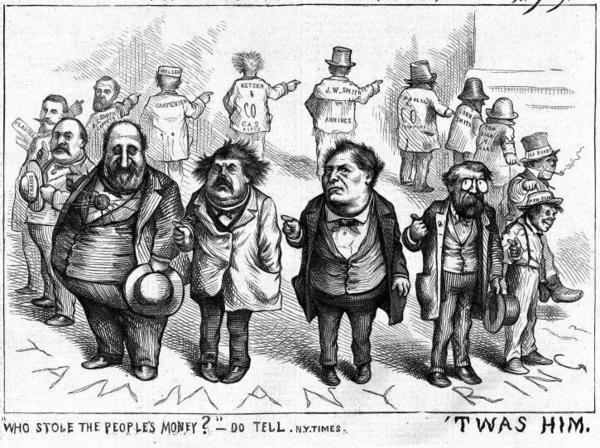 As the five-year statute of limitations approaches for the wrongdoing that bequeathed us the Great Recession, the question of why no high-level executives have been prosecuted becomes more urgent.

You won’t find a better, more incisive discussion of the question than the one by U.S. District Judge Jed Rakoff of New York in the current issue of the New York Review of Books.

Rakoff, 70, is the right person to raise the issue. He’s a former federal prosecutor in Manhattan, where he handled business and securities fraud. A Clinton appointee, he’s been on the bench for more than 17 years.

It’s unsurprising to find Rakoff emerging as a critic of the government’s hands-off treatment of Wall Street and banking big shots in the aftermath of the financial crisis: He’s never shown much patience for the settlements in which the Department of Justice and the Securities and Exchange Commission allow corporations and executives to wriggle out of cases by paying nominal penalties and promising not to be bad in the future. These are known as “consent decrees.”

In 2009, he tossed a $33-million SEC settlement of a white-collar case with Bank of America, calling it “a contrivance designed to provide the S.E.C. with the facade of enforcement and the management of the Bank with a quick resolution of an embarrassing inquiry.” The parties later agreed to a higher fine and stricter terms. And in 2011 he rejected a $285-million consent decreeCitigroup entered with the SEC. That rejection is still being pondered by a federal appeals court.

In his new essay, Rakoff takes particular aim at the government’s habit of prosecuting corporations, but not their executives — a trend we railed against earlier this year.

“Companies do not commit crimes,” Rakoff observes; “only their agents do…So why not prosecute the agent who actually committed the crime?” He’s witheringly skeptical of prosecutions of corporations, which usually yield some nominal fines and an agreement that the company set up an internal “compliance” department. “The future deterrent value of successfully prosecuting individuals far outweighs the prophylactic benefits of imposing internal compliance measures that are often little more than window-dressing.”

Rakoff’s at his best when analyzing why the government has stopped pursuing individuals and taken the easy route of settling with corporations. He notes that this is a recent trend: In the 1980s, the government convicted more than 800 individuals, including top executives, in the savings-and-loan scandal, and a decade later successfully prosecuted the top executives of Enron and WorldCom.

He dismisses the Department of Justice rationale that proving “intent” to defraud in the financial crisis cases is difficult: There’s plenty of evidence in the public record that banking executives knew the mortgage securities they were hawking as AAA were junk.

He doesn’t buy the excuse that criminal prosecutions involving major financial firms might have damaged the economy — no one has ever contended that a big firm would collapse just because its high-level executives were prosecuted. And he notes that the government doesn’t dispute that some of these executives may be guilty — it just comes up with excuses for not prosecuting.

Why? Rakoff posits that there are several reasons for the lack of prosecutions. One is that the FBI and SEC are both understaffed because of budget cuts, and in the FBI’s case with the diversion of much of its workforce to anti-terrorism efforts after 9/11. And he speculates that the government may feel abashed at its own complicity in the crisis, arising from the easing of financial and mortgage regulations over the years.

Rakoff’s piece has elicited some predictable push-back from the Department of Justice, where a spokesman scoffed that he “does not identify a single case where a financial executive should have been charged, but wasn’t.”

This is a cynical defense at best, since the DOJ knows well that for Rakoff to have prejudged a case by naming names would have been a flagrant breach of judicial ethics. Indeed, Rakoff takes pains to disavow any opinion about whether criminal fraud was committed “in any given instance.” But he does point out that evidence of fraudulent behavior is not hard to find — the final report of the Financial Crisis Inquiry Commission headed by former California Treasurer Phil Angelides brims with documented examples.

What’s been lacking, Rakoff finds, is the political will and government resources to bring individuals before the bar of justice. Although millions of Americans are still suffering the financial consequences of the crisis, Rakoff suggests that the failure of the justice system may do even more lasting damage to the fabric of American society. His warning should be heeded, before it’s too late.

One thought on “U.S. judge asks: Why haven’t the financial executives been prosecuted?”