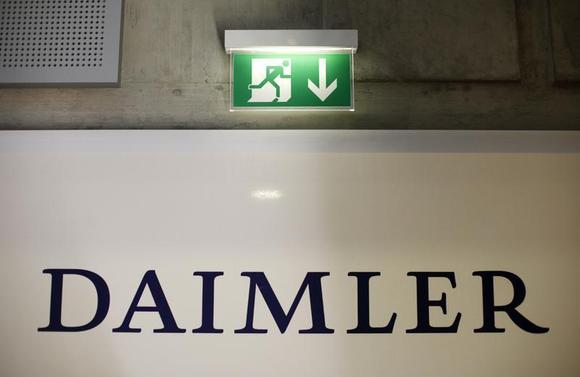 (Reuters) – The U.S. Supreme Court ruled on Tuesday that Daimler AG (DAIGn.DE) cannot be sued in California over human rights allegations in a decision that is a boost for multinational companies facing lawsuits alleging misconduct abroad.

The German-based automaker faced allegations that a subsidiary violated the human rights of workers at a plant in Argentina in the 1970s.

On a unanimous vote, the court said that Daimler’s connections with California were not sufficient for it to face a lawsuit there. The court reversed a May 2011 San Francisco-based 9th U.S. Circuit Court of Appeals ruling in favor of human rights plaintiffs.

The legal question was whether a U.S. court has the authority to hear a case against a foreign corporation “solely on the fact that an indirect corporate subsidiary performs services on behalf of the defendant” in the state where the lawsuit was filed, which in this instance was California.

Workers or relatives of workers at an Argentina-based plant operated by Mercedes-Benz, a wholly owned subsidiary of Daimler, sued over the alleged conduct. They said the company punished plant workers viewed by managers as union agitators and worked alongside Argentina’s military and police forces.

Daimler is headquartered in Stuttgart, while its Mercedes-Benz USA LLC subsidiary is incorporated in Delaware and does most of its business in New Jersey.

Justice Ruth Bader Ginsburg wrote in Tuesday’s majority opinion that neither Daimler nor Mercedes-Benz USA, also known as MBUSA, is incorporated in California.

“If Daimler’s California activities sufficed to allow adjudication of this Argentina-routed case in California, the same global reach would presumably be available in every other state in which MBUSA’s sales are sizable,” she wrote.

The claims, Ginsburg added, had “nothing to do with anything that occurred or had its principal impact in California.”

Justice Sonia Sotomayor wrote a separate opinion concurring in the judgment but differed with her colleagues over the legal rationale.

The Daimler case marks the second time in the past year that the court has pared back the circumstances under which multinational companies can be sued in U.S. courts for alleged human rights violations.

The court held in Kiobel v. Royal Dutch Shell in April that a federal court in New York could not hear claims made by 12 Nigerians who accused Anglo-Dutch oil company Royal Dutch Shell Plc of complicity in a crackdown on protesters in Nigeria from 1992 to 1995.

The legal question in the Daimler case is different from that in the Shell case, which focused on an obscure federal law called the Alien Tort Statute.

(Reporting by Lawrence Hurley; Editing by Will Dunham)