There are unconfirmed reports of UN movement in Maine.

Reports include connex trailers and tanks being moved along I-95 (between Bangor & Portland), and UN equipment being moved VIA shut down railways.

There are some reports of local Militias mobilizing. Some reports are coming in from several sources that indicate 10 UN tanks were being stored at Belfast and have since disappeared overnight.

I have been up half the night trying to get more information on this, I have used many contacts trying to verify this and at present, 8:37 am Monday morning, I am no closer to verifying this or being able to say that this was a case of mistaken identity of our own military vehicles. I have received information that there have been sightings of military vehicle movement in several places in Maine over this weekend but no photos were taken. some have stated they were afraid to take pictures of what they had seen or were unable to get pictures taken, One report to me had The 11Th Maine CST (civilian support team – a specialized military Hazmat/WMD response team), on a training exercise this weekend but this in unconfirmed at present. It was reported that they operate in black military style vehicles. I will continue to try to gather more information on this and relay any and all information I receive here for all to see.

I work in South Portland and I can confirm the movements of armored vehicles in new forest green along I-95 over the last six months. I can also confirm that the South Portland ANG base (just off 295 on Westbrook St.) has substantially more armored vehicles than previous Google Earth pictures show.  Two weeks ago I noticed they had erected two very large tents at the base. Could easily hide a few tanks in them. This base also has the single, lone tan 10′ shipping container that others report. It is on the west side of the base buildings sitting all by its self. It is not in a staging area. I will go take a look this afternoon and report back. I will also check the giant abandoned rail yard in South Portland.

Secure Our Freedom is continuing to investigate these claims. We have local ME staff on the ground talking to local militia sources this morning who all confirm they have received orders to gear up 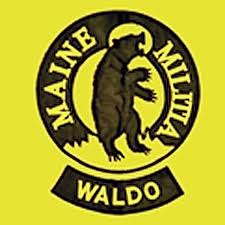 Militias in Maine include: