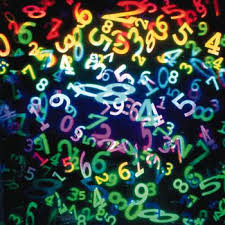 The unemployment rate fell to 7.7% following February’s Jobs Report and the mainstream propaganda machine is claiming yet another economic boom.  The mainstream’s credibility rating has dropped to 6%, even lower than the rating for Congress, which is lower than a cockroach.  The jobs numbers that just came out are a fraud and here is why.

It is reported that 296,000 jobs were created in February and we are being told that this is sufficient to drop the unemployment rate.  Let’s look at these 296,000 jobs and, just for the sake of argument, say that they were all created in the United States.

In the month of February there were 1,395,000 new jobless claims filed. Now we will be extremely generous and say that a quarter of those went straight back to work within the month, which leaves 1,046,250 newly unemployed.  Now take that number away from the 296,000 jobs they say they created and you have a deficit of 750,250 unemployed. That is a negative number and we are not done yet.

100,000 foreigners are coming to this country every month on work visas, so that is 100,000 more of those created jobs that American nationals did not get.  So we must deduct them from the number.  Now the deficit is at 850,250 and we are not done yet.

By this fraudulent government’s own admission, there are 350,000 new workers added to the workforce each month, comprised of those graduating high school and college and coming into the workforce for the first time and they could not have gotten those jobs, as they did not exist as evidenced by the negative number, so they too must be deducted.

In the end equation we have a deficit of jobs to potentially employable Americans for the month of February at 1,200,250 and somehow this negative number is transformed into a positive number causing a drop in the unemployment rate.  The 7.7% rate is a fraud as dictated by the math.

The government and the mainstream propagandists know without any question that they are putting out false numbers and those perpetrating the fraud of the stock market know the numbers are a fraud, yet they use them as an indicator as to why the stock market keeps going up.

As a part of this con to sell us on this phony boom, we are being told that the average American’s wealth is increasing through the increase in reference to home prices.  Yet again, a mathematical equation is being manipulated.  Home prices are going up, but the buying power of the equity in the home is going down as the dollar continues to decrease in value, as more foreigners are coming into our country and buying up real estate, which drives up the price of real estate, as the bringing in of the foreign owned fiat dollars further drags the value of the dollar down.

This, coupled with the obvious net decline in American jobs, is a swirl that is sucking the wealth out of our nation and the powers that be will continue to push this façade until they have squeezed every dollar from private savings accounts into the stock market that the fools who still have wealth will allow themselves to be conned out of.

Do not be deceived.  This is not rocket science.  In fact it is only third grade math, well it used to be third grade math.  With any luck, maybe those with a couple years of college can figure it out.  Suffice to say that anyone who buys into this con deserves exactly what they will be getting.

8 thoughts on “Unemployment Rate Drops to 7.7%, Jobs Con Continues On”