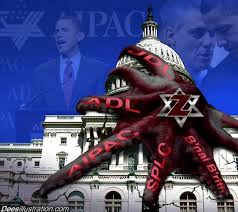 Educate Yourself – by Sheldon Richman

Congress Must Not Cede Its War Power to Israel

The American people should know that pending right now in Congress is a bipartisan bill that would virtually commit the United States to go to war against Iran if Israel attacks the Islamic Republic. “The bill outsources any decision about resort to military action to the government of Israel,” Columbia University Iran expert Gary Sick wrote

to Sen. Chuck Schumer (D-NY) in protest, one of the bill’s principal sponsors.

The mind boggles at the thought that Congress would let a foreign government decide when America goes to war, so here is the language (PDF):

If the government of Israel is compelled to take military action in legitimate self-defense against Iran’s nuclear weapon program, the United States Government should stand with Israel and provide, in accordance with the law of the United States and the constitutional responsibility of Congress to authorize the use of military force, diplomatic, military and economic support to the Government of Israel in its defense of its territory, people and existence.

This section is legally nonbinding, but given the clout of the bill’s chief supporter outside of Congress — the American-Israel Public Affairs Committee (AIPAC – PDF

leader of the pro-Israel lobby — that is a mere formality.

Since AIPAC wants this bill passed, it follows that so does the government of Israeli Prime Minister Benjamin Netanyahu, who opposes American negotiations with Iran and has repeatedly threatened to attack the Islamic Republic. Against all evidence,

Iran: It’s Not about Nuclear Weapons

Netanyahu insists the purpose of Iran’s nuclear program is to build a weapon with which to attack Israel. Iran says its facilities, which are routinely inspected, are for peaceful civilian purposes: the generation of electricity and the production of medical isotopes.

The bill, whose other principal sponsors are Sen. Robert Menendez (D-NJ) and Sen. Mark Kirk (R-IL), has a total of 26 Senate cosponsors. If it passes when the Senate reconvenes in January, it could provoke a historic conflict between Congress and President Obama, whose administration is engaged in negotiations with Iran at this time. Aside from declaring that the U.S. government should assist Israel if it attacks Iran, the bill would also impose new economic sanctions on the Iranian people. Obama has asked the Senate not to impose additional sanctions while his administration and five other governments are negotiating with Iran on a permanent settlement of the nuclear issue.

A six-month interim agreement is now in force, one provision of which prohibits new sanctions on Iran. “The [Menendez-Schumer-Kirk] bill allows Obama to waive the new sanctions during the current talks by certifying every 30 days that Iran is complying with the Geneva deal and negotiating in good faith on a final agreement,” Ali Gharib writes at Foreign Policy magazine. That would effectively give Congress the power to undermine negotiations. As Iran’s foreign minister, Javad Zarif, told Time magazine, if Congress imposes new sanctions, even if they are delayed for six months, “The entire deal is dead. We do not like to negotiate under duress.”

Clearly, the bill is designed to destroy the talks with Iran, which is bending over backward to demonstrate that its nuclear program has no military aims.

Netanyahu and Israel’s American supporters in and out of Congress loathe the prospect of an American-Iranian rapprochement after 34 years of U.S.-Israeli covert and proxy war against Iran, whose 1979 Islamic revolution followed a quarter-century of brutality at the hands of a U.S.-backed monarch. The Israeli government, AIPAC, and the Republicans and Democrats who do their bidding in Congress are on record opposing any agreement that would leave intact Iran’s ability to enrich uranium, even at low levels for peaceful civilian purposes. But insisting that Iran cease all enrichment of uranium is equivalent to obliterating any chance of a peaceful settlement with Iran and making war more likely. That’s what this bill is all about.

Americans should refuse to let Congress give Israel the power to drag the United States into war. American and Israeli intelligence agencies say repeatedly that Iran has no nuclear-weapons program. Though Iran champions the Palestinians, who live under Israeli occupation, it has not threatened Israel, which, remember, is itself a nuclear power.

But even if Iran were a threat to Israel, that would not warrant letting any foreign government dictate when we go to war.

Sheldon Richman is vice president of The Future of Freedom Foundation and editor of FFF’s monthly journal, Future of Freedom. For 15 years he was editor of The Freeman, published by the Foundation for Economic Education in Irvington, New York. He is the author of FFF’s award-winning book Separating School & State: How to Liberate America’s Families; Your Money or Your Life: Why We Must Abolish the Income Tax; and Tethered Citizens: Time to Repeal the Welfare State. Calling for the abolition, not the reform, of public schooling. Separating School & State has become a landmark book in both libertarian and educational circles. In his column in the Financial Times, Michael Prowse wrote: “I recommend a subversive tract, Separating School & State by Sheldon Richman of the Cato Institute, a Washington think tank… . I also think that Mr. Richman is right to fear that state education undermines personal responsibility…” Sheldon’s articles on economic policy, education, civil liberties, American history, foreign policy, and the Middle East have appeared in the Washington Post, Wall Street Journal, American Scholar, Chicago Tribune, USA Today, Washington Times, The American Conservative,Insight, Cato Policy Report, Journal of Economic Development, The Freeman, The World & I, Reason, Washington Report on Middle East Affairs, Middle East Policy, Liberty magazine, and other publications. He is a contributor to the The Concise Encyclopedia of Economics. A former newspaper reporter and senior editor at the Cato Institute and the Institute for Humane Studies, Sheldon is a graduate of Temple University in Philadelphia. He blogs at Free Association. Send him e-mail.

Sent to us by Ken Adachi

This entry was posted in News. Bookmark the permalink.
3573