We need an IQ test for politicians 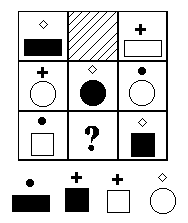 While politicians talk about expanding background checks for gun owners, I’m starting to think that what we really need are IQ tests for political officeholders. The only problem is, that might leave us with a lot of vacancies in Congress and America’s statehouses.

The debacle over New York’s rushed-through gun bill is one example of what happens when enthusiasm meets stupid. But another is to be found in Rep. Diana DeGette (D-Colo.), who supports a ban on full-capacity magazines without understanding what a magazine actually is.

Last week, DeGette justified her position this way: “I will tell you these are ammunition, they’re bullets, so the people who have those now they’re going to shoot them, so if you ban them in the future, the number of these high capacity magazines is going to decrease dramatically over time because the bullets will have been shot and there won’t be any more available.”

To make things simple enough that even a member of Congress can understand, it’s like this: Magazines aren’t “bullets.” They’re, basically, metal boxes with springs. You fill them up with bullets, and put them in a gun. When the gun fires the bullet on top, the spring pushes a new one up so that it can load into the chamber. When you fire all the bullets, you pop out the box-with-spring and replace it with another.

And, when you have a few minutes, you can put new bullets in the box and it’s ready to go again.

DeGette’s remark was akin to that staple of hippie parodies, the old fogey worried about people “shooting up marijuana” — an obvious mistake that made clear the fogeys didn’t have a clue about the realities of what they feared.

It’s an embarrassing admission of ignorance and incompetence.

But ignorance and incompetence are on regular display among our political class. Its members are good at what they do — but what they do, really, is raise money and win elections. There’s no particular correlation between those skills and any other kind of competence. In fact, given their record of passing increasingly dumb laws, if there’s any correlation at all, it’s a negative one.

Gun law isn’t the only example of regulation-by-dimness, but it’s certainly a prime arena. The 1994 Assault Weapons Ban, for example, focused entirely on cosmetic characteristics. At an Association of American Law Schools meeting that year, I watched law professor Joseph Olson turn a plain-vanilla Ruger Mini 14 into a dreaded “Assault Weapon” by adding a pistol grip, folding stock, bayonet lug (“not much bayonet-lug crime,” he joked) and so on.

All the actual gun-parts were the same; the law in question focused instead on flashy accessories — like regulating cars based on mag wheels and spoilers, instead of the horsepower in the engine.

Do politicians really think that such transparently silly rules make us safer? It’s hard to say. The brighter ones no doubt realize that the whole thing is a sham, useful mostly for rallying the troops, garnering TV time and distracting voters from things like lingering unemployment and the ever-mounting debt.

On the other hand, how many of the “brighter ones” are there, really? The evidence doesn’t look good.

On the up side, voters may be catching on. The evidence for that is that, despite 24-7 media hype and nonstop political posturing, the public’s not showing much enthusiasm for flashy new gun-control efforts. (Even here in New York, Gov. Cuomo’s poll standing dropped sharply after his gun bill passed).

Politicians getting smarter on their own is probably too much to hope for. But maybe if voters wise up, a smarter crop of politicians will follow.

Glenn Harlan Reyolds is a law professor at the University of Tennessee.

7 thoughts on “We need an IQ test for politicians”