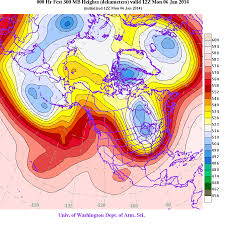 The White House has released a YouTube video in which Obama science czar John P. Holdren dubiously claims that the recent ‘polar vortex’ which has caused record low temperatures across many areas of the United States is caused by global warming.

Holdren may be familiar to some of our readers as the author of a 1977 textbook entitled Ecoscience in which the current White House advisor called for a “planetary regime” to carry out forced abortions and mandatory sterilization procedures, as well as drugging the water supply, in an effort to cull the human surplus.

In the video, Holdren explains that record low temperatures which in places like Embarrass, Minnesota dropped to a staggering -45F (-43C), are caused by global warming which is responsible for the polar vortex becoming “wavier” and effecting the United States.

He also lambastes those who cite cold weather as an argument against man-made global warming (despite the fact that global warming alarmists routinely do the same thing when it gets hot in summer).

“A growing body of evidence suggests that the extreme cold being experienced by much of the United States as we speak is a pattern that we can expect to see with increasing frequency as global warming continues,” claims Holdren.

However, that’s not what the IPCC, the United Nations body which has become the supreme authority for global warming advocates, had to say in its 2007 report, which stated there was, “likely to be a decline in the frequency of cold air outbreaks… in [northern hemisphere] winter in most areas.”

Holdren is also apparently unaware of the fact that the IPCC was forced to admit last year that there hasn’t even been any global warming since 1998.

Back in 1974 Time Magazine, which 40 years later blamed the polar vortex on global warming, attributed the very same polar vortex to global cooling.

In a similar vein, back in 1986 John P. Holdren himself was busy fearmongering about a new ice age during which “carbon-dioxide induced famines” would kill 1 billion people by 2020 as part of a global cooling “eco disaster”.

The White House’s ludicrous claim that the polar vortex is caused by global warming has been rejected by most, but the Guardian publishedan article on Tuesday which argued that the extreme low temperatures were a consequence of shrinking Arctic ice, despite the fact that Arctic sea ice recently grew by a mammoth 533,000 square miles in a year, rendering predictions by climate alarmists of an “ice free” Arctic summer by 2013 completely embarrassing.

According to Princeton Physicist Dr. Will Happer, “Polar vortices have been around forever. They have almost nothing to do with more CO2 in the atmosphere.”

Why on earth should we believe quack scientists like Holdren who have proven themselves to be completely inaccurate when it comes to spewing fraudulent and alarmist claims about man-made climate change? Holdren was spectacularly wrong when he said that global cooling would wipe out 1 billion people just 27 years ago, and now he is saying the exact opposite, claiming that global warming is the threat.

Statists who have seized control of the environmental movement will make whatever bizarre claims necessary in order to advance their agenda of restricting personal freedom and introducing carbon taxes, which have already been implemented in many countries under different guises.

Paul Joseph Watson is the editor and writer for Infowars.com and Prison Planet.com. He is the author of Order Out Of Chaos. Watson is also a host for Infowars Nightly News.