Why Is Everyone Getting Shot Since Obama Took Office? 16 Mass Shootings In Obama’s 5 years–15 In Bush’s 8 Years

Before It’s News – by Monica Davis

Houston news sources are reporting that at least three people have been shot at a community college.According to one source, the shooting ocurred at one of the Lone Star Community College locations in Houston.

Jed Young, the college’s executive director of communications, tells CNN that two students apparently got caught in a crossfire during a confrontation between two other people.

Police feel the danger has been “mitigated,” he tells CNN. MORE HERE 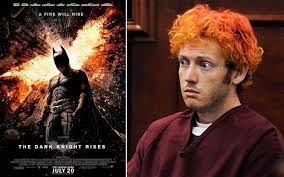 Local news reports said the students were caught in a crossfire as two people exchanged gunfire. One of the shooters has reportredly been caught and arrested. Frightened students were screaming and running, trying to get out of the line of fire. Police continue to look for the other suspect.

Let’s not just bash Obama. Take a  look at the mass shooings under Bush 43:

August 2003 – in Chicago, a laid-off worker shot and killed six of his former workmates.

November 2004 – in Birchwood, Wisconsin, a hunter killed six other hunters and wounded two others after an argument with them.

October 2006 – a truck driver killed five schoolgirls and seriously wounded six others in a school in Nickel Mines, Pennsylvania before taking his own life.

April 2007 – student Seung-Hui Cho shot and killed 32 people and wounded 15 others at Virginia Tech in Blacksburg, Virginia, before shooting himself, making it the deadliest mass shooting in the United States after 2000.

August 2007 – Three Delaware State University students were shot and killed in “execution style” by a 28-year-old and two 15-year-old boys. A fourth student was shot and stabbed.

December 2007 – a 20-year-old man killed nine people and injured five others in a shopping center in Omaha, Nebraska.

December 2007 – a woman and her boyfriend shot dead six members of her family on Christmas Eve in Carnation, Washington.

February 2008 – a shooter who is still at large tied up and shot six women at a suburban clothing store in Chicago, leaving five of them dead and the remaining one injured.

February 2008 – a man opened fire in a lecture hall at Northern Illinois University in DeKalb, Illinois, killing five students and wounding 16 others before laying down his weapon and surrendering.

September 2008 – a mentally ill man who was released from jail one month earlier shot eight people in Alger, Washington, leaving six of them dead and the rest two wounded.

December 2008 – a man dressed in a Santa Claus suit opened fire at a family Christmas party in Covina, California, then set fire on the house and killed himself. Police later found nine people dead in the debris of the house. :Source(s

According to Mother Jones

Since 1982, there have been at least 62 mass shootings* across the country, with the killings unfolding in 30 states from Massachusetts to Hawaii. Twenty-five of these mass shootings have occurred since 2006, and seven of them took place in 2012. We’ve mapped them below, including details on the shooters’ identities, the types of weapons they used, and the number of victims they injured and killed. MOREHERE

2 thoughts on “Why Is Everyone Getting Shot Since Obama Took Office? 16 Mass Shootings In Obama’s 5 years–15 In Bush’s 8 Years”