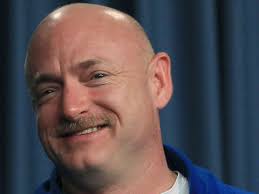 In March, he attempted to purchase a firearm in Arizona with a Texas-issued ID. He was denied. Thirteen days later he came back into the same Tucson, Arizona store with an Arizona ID to purchase a pair of weapons.

Interesting. There are two things going on here that I’d like to understand.

According to the ATF Form 4473, you can buy a gun in one state while having a primary residence in another state, as long as you do have a valid second residence. For example, if you have homes in Texas and Arizona, you can buy guns in either state, as long as you use the Texas address to buy guns in Texas, and the Arizona address for the guns you purchase in Arizona. That I get.

Perhaps this is a legal non-issue, but it is certainly seems odd.

The second issue is far more serious:  after attempting to purchase an AR-15 on consignment, Kelly was outted as a hypocritical gun control advocate, testifying in Colorado against the very same firearm he an his wife have shot in the past, and which he was trying to buy in Arizona. Kelly then (improbably) claimed he was purchasing the firearm to show “how easy it is,”  and that he was going to purchase the gun and turn it over to a local police department.

That’s a fun claim to unpack.

I personally suspect that Kelly was buying the firearm for himself, didn’t think anyone would notice his hypocrisy, and claimed he was “testing the system” after he was caught as an excuse to keep that sweet, sweet, lieft-wing foundation money rolling into his gun control group. After all, there aren’t too many job openings for non-famous ex-shuttle jockeys, and you take your opportunities where you can.

But Kelly instead chose to go on the record with the story that he was buying that AR-15 with the express intent on transferring it to someone else. Oops.

Lying on a Form 4473, in attempting a straw purchase for someone else, is a federal felony that can get you ten years in prison and/or a $250,000 fine.

Mark Kelly checked “yes,” and either lied to the FBI and the gun store on his form 4473 and was committing a textbook strawman purchase, or he was caught in a huge lie that exposes him as a blatant hypocrite that attempted to purchase the very firearm he would deny others.

We deserve to know whether Mark Kelly is a criminal, or is merely a liar.

9 thoughts on “Why isn’t former astronaut Mark Kelly in jail for gun crimes?”