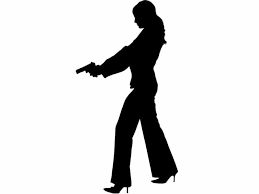 The Armed Citizen Project, a Houston-based nonprofit providing training and arms to women and others for personal empowerment and self-reliance, has provided arms training to 150 citizens as of this month, mostly women.

The group, headed by Kyle Coplen, has released a video showing their most recent training of 50 women and providing personal stories.

“We’ve raised enough money to provide 84 shotguns to mostly women who live in high-crime areas. As the video shows, these women feel empowered to now have the ability to protect themselves and their families until police can arrive,” says Coplen in an exclusive interview with Breitbart News.

Coplen asserts, “We believe providing free training and shotguns to law-abiding citizens, especially single mothers and other women, is vital during a time when mainstream culture is attempting to indoctrinate women to accept being completely dependent on government for the protection of their families.”