Iranian navy to be present in Atlantic Ocean soon: Commander 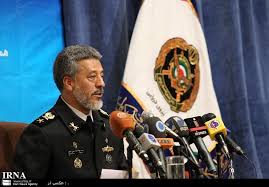 He made the remarks in a ceremony held to celebrate the end of the current
Iranian year.

‘Iranian navy’s presence in the Pacific Ocean and in particular in the South
China Sea this year was a very important step forward for the Islamic
Republic’s navy which aims to be present in the international waters.’

The commander also said that for the first time Iran’s naval forces crossed
the equator in the Pacific Ocean.

Sayyari added that Iran will be holding joint exercises with Oman in the
Persian Gulf next Iranian year.

He said the joint exercises will feature rescue and relief operations.

The commander previously said that Iran and Oman together with other
friendly and brotherly countries in the region can establish security in the
important region which includes the sensitive and strategic Strait of
Hormuz.

The Omani commander, for his part, said Muscat is eager to develop military
ties with Iran in naval fields and hold more joint naval drills.

In January 2013, Iranian and Omani naval units staged a series of joint
maneuvers in Iran’s Southern waters to practice their skills and
capabilities in rescue and relief operations.

The Iranian Navy’s surface and air units as well as several units of Oman’s
Royal Navy Force took part in the Iran-Oman joint relief and rescue drills
in the Southern waters of Iran’s Hormuz Island.

Iranian officials have repeatedly warned the trans-regional states,
specially the US, to pull their troops and warships out of the Persian Gulf,
underlining the necessity for the establishment of security in the Persian
Gulf through extensive and all-out cooperation among the regional states.

In relevant remarks in December, a senior military aide to the Iranian
supreme leader said that trans-regional powers are trying to confine Iran’s
power through sparking insecurity around the country.

‘The trans-regional enemies are pursuing a certain view (on Iran) and are
creating insecurities in the regions around our country in a bid to block
the Islamic Republic of Iran’s progress and emergence of a mighty Iran,’
senior Military Aide to the Supreme Leader of Islamic Revolution Major
General Yahya Rahim Safavi said at the time.

He further said that the Persian Gulf region plays a key role in Iran’s
plans for progress and prosperity, and underlined the necessity for
advancement, justice and durable security in the region.

Meanwhile, in recent years, Iran’s Navy has been increasing its presence in
international waters to protect naval routes and provide security for
Iranian merchant vessels and tankers.

In addition, in line with the international efforts to combat piracy, the
Iranian Navy has been conducting anti-piracy patrols in the Gulf of Aden
since November 2008 to safeguard the vessels involved in maritime trade,
especially the ships and oil tankers owned or leased by Iran.