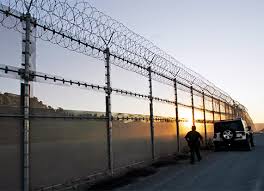 Before It’s News – by Frosty Wooldridge

Not only will 12 to 20 million illegal aliens enjoy new found legality and freedom to roam and work within America if the senate amnesty S744 bill passes, the senators added a whopping 50 percent additional legal immigration number to the bill.

We import over one million legal immigrants annually more than all other countries combined. Our country cannot handle those numbers, but Congress expects to pass yet another amnesty and add even more millions of people to America.

Since 1965, the Immigration Reform Act started the flood of humanity into America at 1.1 million year after year and decade after decade. However, this new bill piles insult onto injury.

Washington Bureau journalist Brian Bennett said, “The U.S. admits about 1 million legal immigrants per year, more than any other country. That number could jump by more than 50% over the next decade under the terms of the immigration reform bill that a bipartisan group of senators expects to unveil as early as Tuesday. The impact would be felt nationwide, but areas that already have large immigrant communities would probably see much of the increase.”

Senator Jeff Sessions (R-AL), one of the few rational voices in the senate said, “New workers would depress wages and crowd out Americans looking for work during a time of persistently high unemployment.  The masters of the universe in glass towers and suites, they may not be impacted by this, but millions of struggling American families will. We do need to be sure we aren’t exacerbating unemployment and wage erosion in America.”

Bennett said, “In addition to family unification, which allows people into the country permanently, the bill also aims to increase temporary visas for both high-wage and low-wage workers. The number of visas for high-tech workers could nearly double to more than 120,000 per year. At the other end of the wage scale, a new visa system would allow businesses to bring in workers for jobs including janitors, housekeepers and meatpackers. The numbers would start small, but as the unemployment rate declined, it could reach 200,000 a year by the end of the decade. And growers could bring a total of about 330,000 new farm workers into the country during the decade.  Those low-wage temporary workers eventually would be allowed to seek permanent residency.”

Most Americans lack any understanding of the long term consequences of the numbers that will swamp America’s cities, communities, schools and hospitals.

What does it mean to import 1 million immigrants legally into America annually?  Answer: if you take a 747 Jumbo jet that carries about 500 passengers, it means 2,000 flights fly into America from all over the world every year and dumping their passengers onto America to feed, house, water, educate, medicate, incarcerate and provide jobs.

That added one million people creates endless need for water, energy and resources.  Their numbers impact our environment, quality of life and standard of living.  Their numbers degrade and diminish every aspect of American life.

Those senators expect to add 50 percent more immigrants to that one million number to make it 1.5  to 1.6 million newcomers every year.  The consequences scream off the charts.