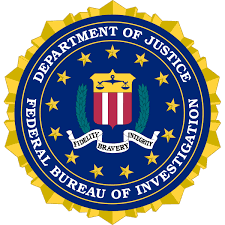 In late September 2011, AFP reported that a man was charged with “planning to fly explosive-packed, remote controlled airplanes into the Pentagon and the Capitol in Washington.” In its report, “US man charged with Pentagon bomb plot,” AFP stated (emphasis added):

During the alleged plot, undercover FBI agents posed as accomplices who supplied Ferdaus with one remote-controlled plane, C4 explosives, and small arms that he allegedly envisioned using in a simultaneous ground assault in Washington.

However, ”the public was never in danger from the explosive devices, which were controlled by undercover FBI employees,” the FBI said.

Ferdaus was arrested in Framingham, near Boston, immediately after putting the newly delivered weapons into a storage container, the FBI said.

Authorities described Ferdaus as a physics graduate from Northeastern University who followed al-Qaeda and was committed to ”violent jihad” since early last year.

In November 2010, a similar “plot” was engineered, then “disrupted,” also by the FBI – this time in Portland, Oregon. The so-called “Christmas Tree Bomber” attempted to remote detonate a van he believed was filled with explosives, provided by the FBI, before being arrested during a Christmas tree lighting ceremony at Pioneer Courthhouse Square. The FBI’s official statement regarding the incident revealed that FBI agents had handled, even detonated live explosives with the entrapped suspect at Lincoln County Park in the lead up to the final failed bombing.

The FBI’s official statement titled, “Oregon Resident Arrested in Plot to Bomb Christmas Tree Lighting Ceremony in Portland,” released by the U.S. Attorney’s Office on November 26, 2010 stated (emphasis added):
According to the affidavit, on November 4, 2010, Mohamud and the undercover FBI operatives traveled to a remote location in Lincoln County, Ore., where they detonated a bomb concealed in a backpack as a trial run for the upcoming attack.Afterwards, on the drive back to Corvallis, undercover FBI operatives questioned Mohamud as to whether he was capable of looking at the bodies of those who would be killed in the upcoming attack in Portland. According to the affidavit, Mohamud responded, “I want whoever is attending that event to leave, to leave either dead or injured.”

Earlier this evening, Mohamud was arrested after he attempted to remotely detonate what he believed to be explosives in a van that was parked near the Christmas tree lighting ceremony in Portland, the affidavit alleges.

Yet another similar operation was carried out by the FBI in February 2012, where yet another otherwise incapable patsy was  provided with live explosives in the lead up to what was ultimately a failed suicide bombing at the US Capitol. USA Today reported in their article, “FBI foils alleged suicide bomb attack on U.S. Capitol,” that (emphasis added):
According to a counterterrorism official, El Khalifi “expressed interest in killing at least 30 people and considered targeting a building in Alexandria and a restaurant, synagogue and a place where military personnel gather in Washington before he settled on the Capitol after canvassing that area a couple of times,” the Associated Press writes. During the year-long investigation, El Khalifi detonated explosives at a quarry in the capital region with undercover operatives. He is not believed to be affiliated with al-Qaeda, officials said.

The frightening trend of the FBI cultivating otherwise incapable “terror” suspects, providing them with and detonating real explosives, before giving them inert or controlled devices to carry out attacks on public targets where mass casualties are averted only at the last possible moment, sets the stage for at the very least, incredible potential for catastrophic blunders, and at worst, false flag attacks.

Has the FBI ever presided over “sting operations” that were actually carried out? The answer is yes. The FBI in fact was presiding over the terrorists who carried out the 1993 World Trade Center bombing. The role of the FBI leading up to the deadly attack would most likely have gone unreported had an FBI informant not taped his conversations with FBI agents after growing suspicious during the uncover operation. The New York Times in their article, “Tapes Depict Proposal to Thwart Bomb Used in Trade Center Blast,” reported:
Law-enforcement officials were told that terrorists were building a bomb that was eventually used to blow up the World Trade Center, and they planned to thwart the plotters by secretly substituting harmless powder for the explosives, an informer said after the blast.

The informer was to have helped the plotters build the bomb and supply the fake powder, but the plan was called off by an F.B.I. supervisor who had other ideas about how the informer, Emad A. Salem, should be used, the informer said.

The account, which is given in the transcript of hundreds of hours of tape recordings Mr. Salem secretly made of his talks with law-enforcement agents, portrays the authorities as in a far better position than previously known to foil the Feb. 26 bombing of New York City’s tallest towers. The explosion left six people dead, more than 1,000 injured and damages in excess of half a billion dollars.

What takes shape is an FBI at the center of perpetuating America’s terror menace, not at the forefront of fighting it. With every attack foiled or carried out involving FBI uncover operatives revealed only after successful “stings” or in the case of the World Trade Center bombings, an inconvenient witness stepping forward and revealing the FBI’s role, the first and foremost suspect considered after any bombing on US soil should be the FBI itself.

Recent explosions at the Boston Marathon have left [three] dead and many more injured. While the public waits to find out who will be blamed, and the role, if any the FBI played in the lead up to the explosions, it would be best to keep in mind the insidious and/or incompetent role the FBI has played during similar events, some of which have occurred recently and in close proximity to the latest explosions.

Already some across the Western media are attempting to draw parallels to the September 11, 2001 attacks in New York and Washington – despite the fact that the US is now deliberately funding and arming Al Qaeda in Syria, as well as openly supporting previously listed terrorist organization, Mujahedeen e-Khalq (MEK), in Iran. Vigilance must be kept against Western governments eager to both exploit and perpetuate  terrorism and tragedy as well as manufacture it when necessary.