President Barack Obama on Friday designated the site of a watershed event in the history of U.S. gay rights, the 1969 Stonewall riots in New York City, as a national monument, the first one to honor the contributions of gay Americans.

The Stonewall Inn gay bar in Manhattan’s Greenwich Village was the scene of a police raid that triggered riots and ignited a long struggle to bring lesbian, gay, bisexual and transgender people into the American mainstream and guarantee their rights. 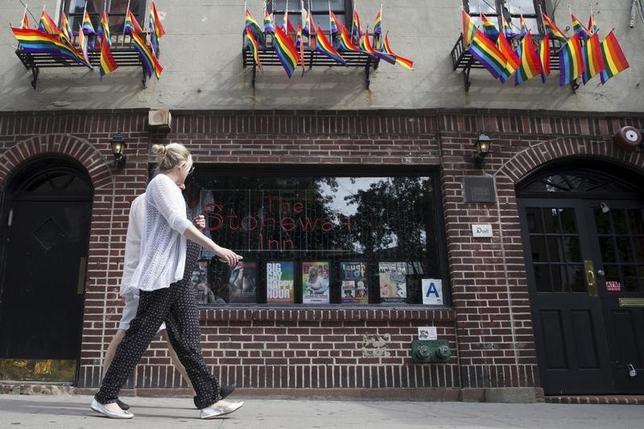 “There is important distance yet to travel, but through political engagement and litigation, as well as individual acts of courage and acceptance, this movement has made tremendous progress toward securing equal rights and equal dignity,” Obama said in a proclamation.

Obama has taken several important steps involving gay rights during his presidency. In 2010, he signed a law repealing a policy that had banned gays from serving openly in the U.S. military. In 2012, he became the first president to support gay marriage. In addition, his administration supported the legal challenge that led to the 2015 U.S. Supreme Court ruling legalizing gay marriage nationwide.

The Stonewall riots were a week of violent clashes on Christopher Street between patrons of the Stonewall Inn and police who had periodically raided the bar, arresting gays under morals laws of the era.

The crackdown was also tied up in a dispute between the Mafia, which owned the bar, and corrupt police officers seeking payoffs for protection. But it unleashed a year of protests culminating with the first gay pride parade in 1970.

Obama’s designation will protect about 7.7 acres (3.1 hectares) of land, including the Stonewall Inn and Christopher Park opposite it.

In honor of the new monument, the White House is releasing a video that will be played on billboards in New York’s Times Square on Saturday.

(Reporting by Ayesha Rascoe; Editing by Will Dunham)