The Final Stages of the Dagger War 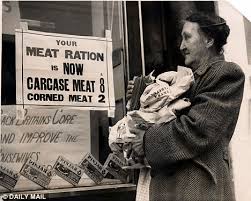 Sequester, austerity by any other name, is the word being repeated again and again in the mainstream propaganda as we close in on yet another deadline foreshadowing doom.  Oh what shall we do?  In reality everyone on both sides of the false left/right paradigm wants to cut programs while at the same time they increase spending.  The fact is they want to cut spending on the contracts of the competitors of their masters, while increasing spending for the contracts for their masters.

The only diversity in this one party socialist system is in reference to the different international contractors vying for possession of the wealth of our resources, which are being stolen as the general operation of the status quo.  The whole operation has become as blatant as a flash mob in a convenience store, with everyone in the criminal mob grabbing as much as they can, as quick as they can, while the fellow who owns the store and hence the property being stolen, is not even considered in the melee.

Of course with this sequestering, hence socialist austerity, hence government takeover of private property, the old tricks of coercion to gain an edge are showing their ugly faces.

When a local school cannot get a tax levy passed, they immediately cut out the school busses.  You know, one of the most necessary things needed for the school to function.  They then put the burden of transporting the children to school upon the parents as a punishment for refusing to give them more money.

This is what we will see with this so called sequester.  You will not see money cuts from transportation in the form of layoffs of the draconian TSA that all airplane commuters would be glad to see go.  No, they will start laying off air traffic controllers, which will cause flight delays and confusion, said disruption to be a punishment upon we the people because we did not make sure the right contracts were sanctioned for a future drain on our economy.

It is the same with the military.  The money will not come from foreign aid packages that funnel arms to other countries, said arms of which eventually end up being used against our own people.  Instead, they will take the wages of the soldiers to punish the people for not acquiescing to the socialist austerity measures, which if fully activated do what? Oh yeah, that’s right, further hurt the people through further confiscation of their private property, which is to be turned over to the international banksters via the contracting.

You see we have reached the point as Americans where we just do not have any more to give unless we start selling off our personal items, our stereos, televisions, guns, hell, even our clothes.  The great fraud is coming to a head.  The soviet insurgency must declare their socialist takeover in absolute terms.  This is the only way they can lay claim to our private property, as only under socialism does the government own everything, including the clothes on a man’s back.

The die is cast and I hope everyone is working double time to be ready to take care of themselves when this insurgent government openly declares that they are an entity apart and go forth with their challenge to conquer we American nationals.    We must continue to become more aggressive while maintaining the moral high ground in keeping our aggression within the bounds of enforcing the law contained within our Bill of Rights.  In short, we are in the right here and whatever we are forced to do is more than justified via the unlawful actions of our enemy.

2 thoughts on “The Final Stages of the Dagger War”