The Jewish Mafia is the “Mafia”

Back on Aug 4th 2016  the headlines read “ Feds indict 46 in mob sweep ,including reputed Philly boss.”   Glad the FBI is bringing down the bad guys to be sure. However, the group of about 39 men that were busted by the feds seem to be a bunch of old men. Just not what they used to be.

As journalist  Hank Messick  and Michel Collins Piper wrote it is a myth that the underworld is completely Italian or  Sicilian . This is a very important myth. Both Piper and Messick did a lot to dispel this myth. But because of Hollywood and popular culture or the controlled media. People think the mafia is Italian and now “Russian” Just do a brief google search and you find how many sites attempt to vilify the work of Piper. When common sense and a little researcher for oneself prove his book Final Judgment  to be not only correct about the Mossad connection to the JFK hit but also how major organized crime worked in the real world.

The reality is that what we has become to be understood as “The mafia” in popular culture  today  was controlled  by Meyer Lansky. Hollywood paints a picture of him as a kind of just sideman who kept track of the money.   The biographer of Lansky  tries to down play his role in the “Organization. Downplay his astounding power.

“However, his biographer Robert Lacey describes Lansky’s financially strained circumstances in the last two decades of his life and his inability to pay for health care for his handicapped son, who eventually died in poverty. For Lacey, there was no evidence “to sustain the notion of Lansky as king of all evil, the brains, the secret mover, the inspirer and controller of American organized crime.”[15] He concludes from evidence including interviews with the surviving members of the family that Lansky’s wealth and influence had been grossly exaggerated, and that it would be more accurate to think of him as an accountant for gangsters rather than as a gangster himself. His second wife’s granddaughter told author T.J. English that at the time of his death in 1983, Lansky left only $37,000 in cash.When asked in his later years what went wrong in Cuba, the gangster offered no excuses. “I crapped out,” he said. Lansky even went as far as to tell people he had lost almost every penny in Cuba and that he was barely scraping by.

“Lansky’s wealth and influence had been grossly exaggerated, and that it would be more accurate to think of him as an accountant for gangsters rather than as a gangster himself.”  Yeah right.

This account of the life of Lansky  is nonsense Michel Piper and Hank Messick demonstrated  though their detailed writings that  Lansky was the real boss of the crime world.  Common sense will tell you this  due to the simple fact that all other key figures in organized crime were murdered or in exile. Not to mention Las Vegas itself. The gambling capital of the world was a construct of Jewish mobsters Meyer Lansky and Bugsy Siegel and as Mike Piper showed us the dirty money coming out of Vegas was and still is laundered by ‘nice’  Mormons in near by Salt Lake City Utah See the book The Money and the Power by S.Denton and Roger Morris. Las Vegas  of coarse was created by Jews as well as Hollywood which was also a creation of the Jewish mafia specially Jewish Mafia lawyer Sidney Korshak. See the book Supermob by Gus Russo. 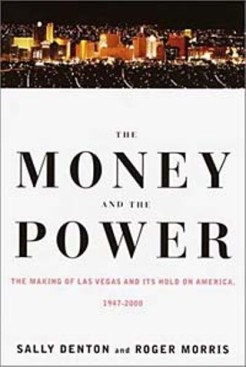 The underworld can consist of men who are of any race or religion. But by far the most powerful men in the underworld are in fact Jewish or Israeli.  It would seem some of the Absolute kings of the international criminal world hold duel Israel citizenship. Very important because if things get out of hand they can always flee to Israel because Israel’s extradition policy makes it impossible to bring criminals back to the host country the alleged crimes were committed They can disappear. Read any of the countless biography’s of these people. So and so became a drug king pin but it is ok because there family suffered in the Holocaust during WWII.

Many astute “researches” have pointed out that there is a considerable amount of energy put in to making the public focus on the Italian connection to organized crime.

That is why they play the Godfather and Analyze every night on cable TV.

But the Italian Mafia is fading away and has been for some time.  For the most part their perceived power is now the product of Jewish Hollywood fantasy.

The media pins the blame on the dreaded “Russian Mafia”. There is always a false name to hide behind. It is “The Oligarchs” who looted Russia. It is the neoconservatives who attacked Iraq and so on.

But it goes way beyond this who is the real power behind any if the worlds nationalist sound “Mafias” “The Colombian Cartels.” “The French Connection”. Obtain photos of the “Columbia crime lords” who are they? Who control the sex slave trade? Who is most involve in organ trafficking. Who runs gambling the prostitution who owns and distributes all the alcohol. The insider stock trading. Who has the information? Weapons trade of all kinds. Pornography? All of the median and news content is now under the control of about  five or six old Jewish men. Is that even an exaggeration at this point?

If the “researcher” digs deeply they will find that international crime is almost solely dependent on Jewish Money power to run. It is impossible to run any large size criminal organization without the air of the Jewish Money power to lander the money. If you did deep enough you will find that many countries that are well known tax havens that launder money such as Vaduz Liechtenstein or Cayman Islands for example are somehow controlled by the Rothschild’s. and now their successors.

The massive saving and loan scandal the major stock market scams the white color crime so complex the news reporters can’t understand it. Who controls it all?  Everyone knows but they dare not say.

Even on the local crime level thieves need to take stolen items to a “fence” and money needs to be laundered. All crime from the high crime to  the lowest forms of crime are more tightly controlled then the public will ever come to realize. 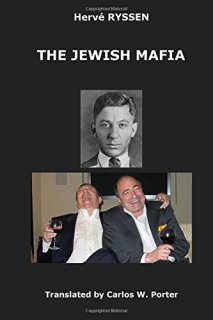 But it does not stop there. Rent the Documentary Series Cocaine Cowboys look at the faces of the cartel leaders are they really Columbia. Was the infamous Pablo Escobar once considered the richest criminal in the world of “Basque and Sephardi Jewish blood. “? He is said to be a “lapsed Catholic”. Who really knows?

Is Joaquín Archivaldo Guzmán Loera  who  was given a secret interview with the Jewish actor Sean Penn  Mexican? For that matter is President Obama a Muslim or a Christian Baptist?Google a picture of the grandparents. His first name Barak is Jewish. His mother’s name is “Stanley”. Is his  mother a Christian?  No way. The President is Jewish.. Yes he is. I bring this point up to demonstrate the fact  the unending  deception as part of the Jewish culture as part of a criminal culture. Criminality or if  you go deeper. Talmudic rules.

In any case all the money from the cocaine sales via Columbia is laundered through the Diamond district in Manhattan on 57th street.  The “Blood Diamond movie is also   a cover for the trade of Diamonds resulting in untold suffering in Africa. The Diamond trading business is important not only for profit but for the laundering aspect.The movie barely touches upon the harsh  reality of the Diamond trade that is almost exclusively Jewish.

Again take any nationalist sounding mafia or organization and if you dig deep enough you will find that it is controlled by the Jews.

If the Italian did have a hold on the “Organization” they lost it when a symbolic 5 man hit team whipped out the Italian leadership symbolically during the so called St Valentine’s Day massacre.  (People think the Italian mafia is “tough looking” take a look at the photo below of the real mafia. Murder Inc was very Jewish and very tough.)

Also recall how Mike Piper pointed out Lucky Luciano realized he was stuck in exile in the old country and Lansky was able to remain in America with control of the organization.

Again, still few Americas realize this and they think of organized crime as being Italian.

The Irish built considerable power in the early 190’s in New York as part of the Tammany Hall but as Henry Ford pointed out this was penetrated and co-opted but the Jewish Power This was not strictly a mafia more of the boss Tweed political ward boss power. Still it was an ethnic group trying to maintain a power base.

The “Irish power” died with the Kennedy Family they killed all of his sons and pined a crime of Ted Kennedy one I believe he didn’t commit. They seem to suppress or make fools out of the remaining family members who can’t seem to get it together.

In any case my point here is dreadfully simple. The only mafia is the “Jewish Mafia”.

If this is the case then one may ask who is the boss. The most powerful mob boss in the world. Who is he?

Anyone who had done a good study of  international crime and espionage they will come to realize without a doubt that “Mr. Big if you will is The Billion Dollar Don Semion Mogilevich.

Writer Gordon Thomas who is sometimes a bit dramatic says things like even then CIA can’t touch him,  I think that is true based on the information that is available about him.

Mr. Mogliveich is still the most powerful mobster in the world today and he is no longer on the FBI’s most wanted list. 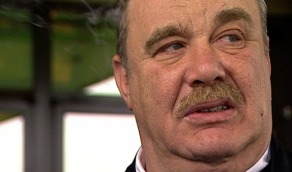 The most powerful criminal boss in the world today is a man named  Semion Moglevich.  He has been called by the FBI “”the most dangerous mobster in the world.”  I find it interesting to note that Mr Mogilevich had been on the FBI’s 10 most wanted list but he was removed in 2015. “ In December 2015 he was removed from the list. The FBI indicated he no longer met list criteria, for reasons relating to living in a country with which the United States does not maintain an extradition treaty”

It is interesting to note that often men who reach such fame such as Mr. Moglevich reach such a level  of fame they get arrested even such super powerful criminal such as El Chapo and before him Pablo Escobar of Columbia.

All of these super criminals  eventually get taken down  killed or arrested but Mogilevich it seems is just to big for the authorities to take down.

There are many king pins like Mr Marc Rich out there and new ones on the way. They are not all Italian. Not by a long shot. The mob is Jewish and they are very proud of this fact. Se the book  Tough Jews:Fathers, Sons, and Ganter Dreams by Richard Cohen.

Jewish mob men are heroes just as spies assassins and prostitutes so long as they advance the goal of bringing their Messiah into power.

5 thoughts on “The Jewish Mafia is the “Mafia””