The disaster of manufacturing consent in the Matrix 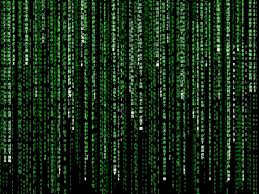 This article may seem to be about abstract theory, but it isn’t. It’s about how populations are viewed by psychological-operations specialists.

More importantly, it’s about how people are led to accept substitutes for their own highest ideals. The substitutes look like the real thing, but they’re actually very well drawn cartoons.

The most successful long-terms psyops are aimed at getting people to accept “good things, wonderful things.” Except, it turns out that these things magically evaporate and leave populations in the lurch.

Imagine for a moment that every crisis we now find ourselves in, every form of pollution and poisoning and every war and every mass destruction of life…was preceded and precipitated by…a psyop that looked like a golden destiny of fulfillment.

At some point, every intelligent human develops their own reality.

This reality isn’t usually a clear, articulated, and overall position. It tends to be a hodge-podge of linked ideas, preferences, feelings, principles, and morals.

Nevertheless, consciously and unconsciously, the person refers to it often, and uses it as a tool with which to navigate through life.

In the Matrix, there is pressure to have people connect their realities to each other. Why? Because groups can thus be created. Groups are easier to compromise than individuals.

We get the concept of hooked ideas. A hooked idea is one which will entice people to merge their realities into One. The hooked idea can be expressed as a slogan, a so-called meme, a principle. It is introduced by people who work psyops.

A psyop is a campaign to herd people into a place where their individual realities overlap.

For the propagandist, there is the eternal search for the good, better, and best hooking idea, the one that will collect the greatest possible number of people under one roof.

Therefore, the actual content and substance and meaning of the hooking idea is irrelevant. A retired propaganda operative once told me, “If I could broadcast a piece of absolute gibberish from one end of the planet to the other, and have it picked up and consented to, I would do it.”

For a psyop specialist, the jackpot is a large group of hooked ideas that, taken together, change the world, and bring a billion or more people’s realities into one overlapping space.

Here is a current ongoing group of such hooked ideas. Before you read them, remember that the aim of such ideas is collecting people under AN IMITATION OF THE REAL THING.

Whatever meaning these hooked ideas have, they are not searching out people to move them into actual individual choices. No, the objective is to rope them under a fake banner that looks real.

This is only a partial list of the group of hooked ideas.

These ideas are transmitted to the global population through every means possible: ads, public service announcements, political speeches, movies, articles, books, the news, television shows of every type, the education system. It’s a blitz, and it doesn’t stop. All the angles are played.

The psyop calculation runs this way: the majority of people who buy in and connect their realities to other people’s realities and achieve overlap—will go passive and accept “the new humane society.” All these people are complete pawns.

The sector of people who buy in and thus share realities, collectively, and then DO something about it…these people will follow a prescribed path. They’ll join the approved groups and campaign for the chosen causes. They’re dupes.

The very small fraction of people who buy into the group of hooked ideas and think of them as genuine and real, and also DO something genuine and real and good about it, will create a manageable amount of disruption to the scheme and the objective—which by the way is a completely collectivist planet. The operative word here is “manageable.”

This same retired propaganda operative, who goes by the pseudonym of Ellis Medavoy (I interview him 28 times in one section of my collection, THE MATRIX REVEALED), explained this “psyop calculation”:

“The target of a terrific psyop is yearning and longing. That’s what I looked for when I was working: what people long and yearn for. Something unformed and undefined but very powerful. That’s what I wanted to tap into.

“If I could tap into that, people would buy in and surrender a significant part of whatever their personal world looks like. Because they want to believe they’re coming together with like-minded others. They’ll also believe the path laid out for them is correct and proper and wonderful. This is really a fake religion we’re talking about.

“A fake religion. It’s really for children, and most people turn out to be children. Give them a group of high-minded ideas, and they’ll grab on and think everything they’ve done up to that moment is a prelude to THIS.

“We [operatives] are playing a symphony, you see, and once they listen to the prelude, they’re hooked. They stay. They long for the climax, which doesn’t exist; not the way they imagine it. To them it’s all about ‘arrival in the promised land,’ as if that’s some kind of gift that’s wrapped up under the tree, waiting to be opened.

“We give them a fake god, a dead-end god. If they were once burning with authentic faith, we derail that and take them to another place…”

In truth, there is no such thing as the sum of all personal realities. That concept is a delusion that is foisted on people.

As I stated at the beginning of this article, each person has their own reality. It may be a hodge-podge, it may be borrowed to some degree, but it IS the reality of the individual. Each person has the opportunity, if he takes it, to expand that reality and make it more profound, on his own terms.

But once he becomes mesmerized by the notion of overlapping his reality with others, he’s in a whole different pew.

Here is another very important distinction: you and I and others could, for example, decide to start a business. We could cooperate in this new enterprise. We could decide on common objectives. We could be inspired to a tremendous degree. But we are still—each of us—carrying along our individual realities. That’s what gives us our core individual strength. That’s what allows us to contribute to the group.

And we’re aware of what we’re doing. We’re choosing to do it.

In the latter case, what is happening is the supreme irony: people are buying the idea that their freedom actually equals their merging.

It is exactly this “merging” that obsessed technocrats are proposing. They see it in terms of humans and machines “coming together.” This is their envisioned promised land. The ability to instantly access trillions of pieces of information and do lightning-speed calculation and organize that information in countless ways is their version of personal revelation.

Humans and machines as One is, if you examine it, the sacrifice of personal reality.

Of course, technocrats don’t see it that way. But that’s what they’re doing. Information is only one component of personal reality—and they’re blowing that up into a god.

There is a sequence at work here. First, with the development of the computer, people could search and find information. Now, they can have computers anticipate what the desired information is and provide it. Finally, people will be given—quite apart from their desires—the information they require, as adjudicated by experts.

This has less and less to do with personal reality.

In this light, cooperation with others takes on a whole new meaning. The longing and obsession to overlap his reality with that of others fades in importance.

The very notion of what personal reality is changes. It is no longer simply a fixed configuration set in concrete.

The psyop is aimed at disintegrating the personal voyage.

It is aimed at flattening the emotions and shortening the perspective and short-circuiting the fire in the soul.

Hooked ideas and manufacturing consent and overlapping realities and merging are the tools used to deaden life and invent the collective future.

In that future, each person becomes a mirror that reflects every other person. And it turns out that there is no substance at all in the trillions of rebounding reflections.

Personal reality and the personal voyage are the WAKING UP that breaks the trance.

A great deal of history of the human race, littered as it is with suffering and pain and war and hunger, was produced by competing psyops.

Each side was utterly convinced that its ideals were superior. What neither side realized was that everybody, on all sides, was accepting a psyop substitute of their own personal reality. That was the big switch.

Each person on each side had bought into a hooking idea that looked so good and so right and so wonderful.

And each person was operating on a false basis. Each person had, without noticing it, misplaced his own personal reality.

You could accurately write, on many gravestones: “I died for a psyop.”

In this day and age, political leaders have entirely given up the notion of personal reality, if they even understand what it means. For them, it’s all about psyop, because they are thinking about mass and number and population. They are looking for central hooking ideas—the very best they can find—and how to express them and transmit them as convincingly as possible.

The major differences between these leaders are to be found in how well they function as mouthpieces for hooking ideas.

Freedom? Democracy? The will of the people? A better future for all? Equality? Justice? These are merely concepts in search of ways to run psyops.

The author of an explosive collection, THE MATRIX REVEALED, Jon was a candidate for a US Congressional seat in the 29th District of California. Nominated for a Pulitzer Prize, he has worked as an investigative reporter for 30 years, writing articles on politics, medicine, and health for CBS Healthwatch, LA Weekly, Spin Magazine, Stern, and other newspapers and magazines in the US and Europe. Jon has delivered lectures and seminars on global politics, health, logic, and creative power to audiences around the world. You can sign up for his free emails at www.nomorefakenews.com

One thought on “The disaster of manufacturing consent in the Matrix”