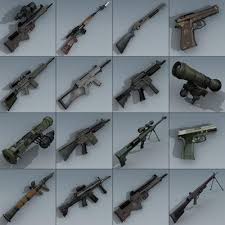 Whether it is due to the recent governmental attempt to enforce assorted gun controlling measures in the aftermath of the Newtown, CT shooting, or, merely driven by the same catalyst that saw a surge in gun sales four years ago, namely the presidential election, one thing is certain: America is weaponizing itself at an unheard of pace, with both Sturm, Ruger shipments and units produced surpassing 500,000 each in one quarter for the first time in history.

Shipped and Produced – over 1 million in one quarter for the first time ever:

But the biggest shock is the backlog of guns on order (orders which RGR could not satisfy in the current quarter).

At over 2 million for the first time in history, a 40% increase from the prior quarter, and nearly a 100% from a year ago, when it comes to getting guns, American just like Cypriots in need of cash, have just one option: get in line.

If we didn’t know better, we would say that either RGR has somehow become a $0.99 app for the latest and greatest cool, faddy cell phone, whatever that may be, or, alternatively, America is preparing for war.