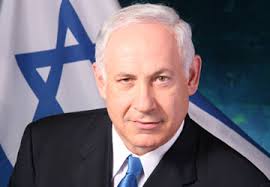 As our beloved Republic continues to fall under its own weight, as the World Trade Center buildings could not have, the disconnect between we the people and this unconstitutional Zionist controlled government is becoming more absolute with each passing day.

We have let the socialist insurgents know in no uncertain terms that we want all foreign aid to cease.

We want our sovereign borders back, along with our Bill of Rights, if you please.

The records being set every month in reference to gun and ammunition purchases are the affirmation to our assertion, yet the international infiltrators continue to add insult to injury in acting in direct defiance of the people’s will.

The socialist puppet Obama has directly involved us in the Syrian Civil War through an act of manipulation which has once again circumvented our Congress, asserting the United Nations and its perceived power over our sovereign country.  Now it is just a matter of a false flag and an escalation right into a third world war.

We have seen the foreigner Benjamin Netanyahu pushing his way into the people’s White House to instruct the foreign insurgent Obama as to how we American nationals will be dealt with.  Netanyahu is demanding more military aid for his ongoing invasion into Palestine and Syria as he dictates our foreign policy to our Zionist controlled House and Senate via the unregistered Israeli agents in AIPAC that control our government through the dual citizen Israeli-Americans unconstitutionally embedded in our highest seats of power.

When we are being turned away from our national lands at gunpoint, should there be any doubt left that we are occupied?

As we continue to assert as absolute that we, the American nationals, reject any further involvement in foreign entanglements, our troops are being moved into Africa to secure its resources for the international Zio-mafia.

As our World War II veterans are being turned away from their monument, which has not one thing to do with federal expenditures, billions are being spent to finance Al Qaeda operations around the world.  And as we raise a voice in righteous indignation, the infringements upon our privacy are increased daily under the guise of protecting us from our enemy/friend Al Qaeda.

Not only have we seen the man behind the curtain, but has he not dropped his pants and shown us his backside in a complete act of contempt for our intelligence, morality, and ultimately our will?

These globalists are desperate to disarm us as they have already gone way too far.  In fact to the point that any American with just an inkling of horse sense would have to ponder the question, if they are doing to us what they are today while we are so heavily armed, what would they do if we were disarmed and helpless?

Only a mental incompetent would acquiesce to being disarmed by these international psychopaths.  And make no mistake, though the agenda is at present being held in the shadows, a third world war precipitated by a massive false flag is the only option our enemies have left.

God help us to act appropriately to each new affront.  Organize, arm, equip, and train as militia for your own sake.