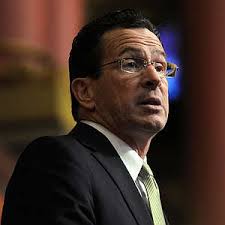 Connecticut Governor Dannel Malloy and his liberal allies in the state House and Senate are plotting to ram through a restrictive and unconstitutional gun control bill next week using procedural tricks that circumvents the rights of the state’s citizens:

Next week, Governor Dannel Malloy (D) and anti-gun legislators are aggressively trying to push through an Emergency Certification Bill (E-Cert), a procedure by which the House Speaker and Senate President Pro Tempore jointly propose legislation and send it directly to the House or Senate floor for a vote.  An E-Cert would bypass the committee process and public hearings, eliminating your opportunity for input.

As of today, the overwhelming majority of gun-related legislation that has been introduced in Connecticut is an affront to your constitutional rights as a law-abiding citizen.  Some of the most egregious proposals are expected to be rolled into this comprehensive gun control package, including a gun and ammunition rationing scheme, a ban on standard capacity magazines, the registration of all firearms and a ban on nearly all commonly owned semi-automatic firearms used for self-defense, recreational and competitive target shooting, and hunting.

A political party using the caskets of dead children as a podium to call for citizen disarmament has no shame, honor or decency.

Make a list, and take note of each and every politician in the state that goes along with this assault on the Constitution. The time for retribution is coming.