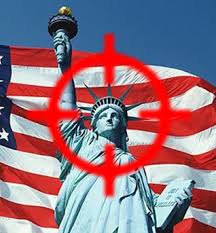 Earlier in the week I posted on the New York man who had his firearm confiscated, purportedly for being on anti-depressant drugs (which I noted at the time is a treatment for a fairly common malady; making the confiscation akin to seizing someone’s broken arm for the crime of wearing a cast). As the story broke and started gaining narrative steam, NY state law enforcement (Erie) suggested that the whole thing had been an honest record-keeping mistake and that the mental health aspect of the story as it had been reported wasn’t true.

Naturally, many thinking pro-gun conservatives were quick to hammer the extremists who uncritically believed the initial reporting of (metaphorical) black helicopters swooping in to confiscate firearms; the fringe, hard-right true believers were being unhelpful, you see — fearmongering! — because we all know that a government that puts in place a law denying itself a certain power would never abuse such a law, and the fact that lawmakers were stern in their legal admonishments to themselves is proof of their integrity and commitment to their word.

Except when it isn’t. Which is why I point you to this follow-up to the story from Friday, presented without comment. “Radio host charges Cuomo/DHS conspiracy against gun owners”:

Claiming information from multiple sources that ought to require the resignations of New York Governor Andrew Cuomo and State Police Superintendent Joe D’Amico, WBEN Buffalo radio host Tom Bauerle yesterday told listeners he’s had it confirmed that New York State Police are lying when they say they made a mistake when they confiscated an Erie County resident’s guns. Instead, Bauerle charges, there is a high-level conspiracy to violate the Fourth Amendment rights of New Yorkers that reaches up to the Obama administration’s Department of Homeland Security.

The claim by the Erie County Clerk that New York State Police had simply provided “bad information” resulting in permit revocation and the confiscation of Amherst resident David Lewis’ guns is not true, Bauerle insists. “I’ve had it confirmed; the New York State Police are lying about him not being the guy they wanted.”

Police weren’t expecting Lewis to get a lawyer, Bauerle says, especially one who knows the Second Amendment.

“They had the guy they wanted,” Bauerle maintains, calling the official excuse “nonsense” and charging Gov. Cuomo “is a monomaniac on the subject of guns.” What happened, he explains, is that the state has a special HIPAA (Health Insurance Portability and Accountability Act) unit to search private medical records without warrants, and that Lewis was simply the first person to be caught up in that net.

It’s a scheme “to deprive New York citizens of basic protections,” Bauerle charges, where the state wants “carte blanche to look at every person’s medical records and cross-reference them with pistol permit holders” for purposes of confiscation and permit revocation. According to Baurele, his sources tell him this is being coordinated with officials in the Department of Homeland Security, and there was a meeting in Albany with the New York State Police and the Division of Criminal Justice Services “at the impetus of DHS.”

Bauerle alleges there is “a clandestine squad” violating the Fourth Amendment and circumventing HIPAA privacy protections in order to revoke pistol permits from those who have been prescribed anti-depressants or who have undergone mental health treatment, calling that “tyranny, plainly and simply.”

Max Tresmond, the son of Lewis’ attorney Jim Tresmond, joined the program and told Bauerle their law firm is having information leaked to them from inside the state “that confirms everything that you just conveyed to the public.”

As for next steps, the host and his guest advocated for continuing the investigation, having citizens demand a special prosecutor to investigate the allegations of “a plan to systematically violate the Fourth Amendment,” and also put out a call for more whistleblowers to “come forward,” guaranteeing protection of confidentiality.

“We are in the process of preparing a federal case on behalf of David Lewis,” Tresmond revealed, promising “we will be relentless in our pursuit of the truth.”

The interview can be listened to in its entirety at the WBEN website.

I urge you to listen to the interview and draw your own conclusions. And then steel yourself for the battles to come. Because though many people keep insisting that gun control is DOA in the House (should it find its way out of the Senate), I submit that there are a number of troubling signs from GOP House leadership that suggests to me that a group of Republicans — hoping to prove their “anti-child slaughter”bona fides – will break off from the majority and once again caucus with the Democrats to pass “common sense” gun control laws that “90% of Americans” support.

Perception over principle. And further solidification of the power of the ruling class over its subjects, sold yet again as a “common sense” constraint on liberties that will protect the children.

How’s that “pragmatic” strategy working out for you, there, conservative “realists”?