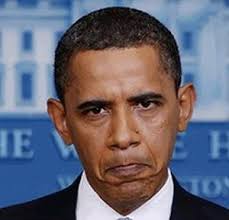 Blocked by Congress from expanding gun sale background checks, President Obama is turning to actions within his own power to keep people from buying a gun who are prohibited for mental health reasons.

Federal law bans certain mentally ill people from purchasing firearms, but not all states are providing data to stop the prohibited sales to the FBI’s background check system. A federal review last year found 17 states contributed fewer than 10 mental health records to the database, meaning many deemed by a judge to be a danger still could have access to guns.

The Obama administration was starting a process Friday aimed at removing barriers in health privacy laws that prevent some states from reporting information to the background check system. The action comes two days after the Senate rejected a measure that would have required buyers of firearms online and at gun shows to pass a background check. That’s already required for shoppers at licensed gun dealers.

Stung by the defeat, Obama vowed to keep up the fight for the background check expansion but also to do what he could through executive action.

“Even without Congress, my administration will keep doing everything it can to protect more of our communities,” Obama said from the Rose Garden shortly after the Senate voted. “We’re going to address the barriers that prevent states from participating in the existing background check system.”

Obama also mentioned giving law enforcement more information about lost and stolen guns and establishing emergency plans for schools. Those measures were among the 23 executive actions the president signed in January when he announced his broader push for tighter gun laws in response to a mass shooting of first-graders and staff at Newtown, Conn.’s Sandy Hook Elementary School.

The Health and Human Services Department on Friday was beginning to ask for public comment on how the Health Insurance Portability and Accountability Act, passed by Congress in 1996 and known as HIPAA, is preventing some states from reporting to the background check system and how to address the problem. Under HIPAA, health care providers such as hospitals may release limited information to police, but only in certain circumstances such as when a court is involved.

Since 1968, federal law has banned the sale of guns to those who have been deemed a danger to themselves or others, involuntarily committed or judged not guilty by reason of insanity or incompetent to stand trial. The background check system — which is also used to prevent convicted felons from buying guns — was established under the 1993 Brady Bill.

A few state agencies shared mental health records voluntarily for years, but the Virginia Tech massacre in 2007 spurred passage of legislation that required states to submit the records or eventually risk losing up to 5 percent of the federal funding they receive to fight crime.

Last year’s review by the Government Accountability Office found that although the number of mental health records available to the background check system increased 800 percent since 2004, some states said they were not sharing mental health information because of concerns about restrictions under HIPAA privacy law. Obama is interested in a change that would specifically allow disclosure of mental health records for the system, and he wants to increase financial incentives for states to contribute the information.

In the Virginia Tech rampage, student Seung-Hui Cho shot 32 people to death and committed suicide. He was able to buy two guns even though he had been ruled a danger to himself during a court hearing in 2005 and was ordered to undergo outpatient mental health treatment.

Authorities have not described a possible motive or released details of any mental health condition that might explain why Sandy Hook shooter Adam Lanza killed 20 children and six adults before killing himself. The rifle he used was purchased by his mother, whom he also killed at home before heading to the school.

The background check system does not give retailers access to mental health records but simply tells them whether a buyer is approved, denied or needs additional investigation before a firearm may be purchased. The system doesn’t tell the seller why a potential buyer was denied.