On Losing a Veteran Son to a Broken System 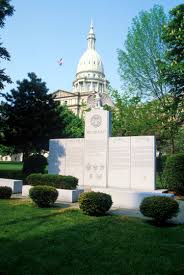 The New York Times – by Howard Somers and Jean Somers

As a parent, you spend your entire life trying to protect your children. You provide them with the very best you can; you hope they learn from your mistakes. It’s so easy when they are young and a simple “because I said so” is reason enough.

How, then, do you wrap your head around the fact that your 30-year-old, happily married son has taken his own life? After the initial shock, you review every single decision you ever made with regard to him. “If only” becomes your mantra. Then you look back at his life and remember that he was the most trusting, caring, creative and intelligent human being you’ve ever known.

Courtesy of Howard and Jean Somers Daniel Somers at his graduation from the Defense Language Institute in Monterey, Calif., in June 2006.

You want to know what went wrong.

Our son Daniel enlisted in the Army National Guard in 2003. We were proud, though a bit frightened for him, but he was reassuring and confident that it was the correct path. He went to war as a member of a Tactical Human Intelligence Team. He celebrated his 21st birthday at Fort Hood in Texas, then deployed to Iraq for 13 months.

He came home a chain smoker, a habit he had developed to “fit in” with the Iraqis with whom he interacted. He was jittery and cautious. He would tell a story or two or relate a particular incident, but he frequently said that much of his tour was classified and that he would tell us about it “in 10 years, when it’s declassified.” He expressed a desire to return to Iraq to continue helping, and he was proud when he told us that he had qualified to study Arabic at the Defense Language Institute in Monterey, Calif., a 15-month course.

In June 2006, his National Guard unit assigned him to a position with L-3 Communications, a large defense contractor, in Washington, D.C. About six months later, he told us that L-3 needed someone to go to Iraq to provide analysis, and that he had volunteered. He seemed so happy to have been given this chance to go back and help. He deployed in early 2007. We found out later that he also participated in many Special Operations missions.

Daniel returned home in the fall of 2007. In conversations over the next few months, he told us that he had made several attempts to get medical treatment for an array of health problems. Because his National Guard unit was still in ready reserve status, the Veterans Affairs Department medical center in Phoenix refused him treatment because he was not yet officially a veteran. The local Defense Department health care facility denied him services because he was not on active duty. He told us that he had suffered innumerable concussions in the course of more than 400 missions in the turret of a Humvee. He spoke of having flashbacks, and he appeared tense and nervous in person.

But for the most part, he hid the severity of his symptoms from us. When he was finally deemed eligible for veterans benefits, he began treatment at the Phoenix medical center in February 2008. There, he was diagnosed with post-traumatic stress and traumatic brain injury, and given a disability rating of 40 percent. By the end of that year, Daniel was so frustrated with the problems with his care, including long wait times for appointments and turnover in health care providers, that he sought treatment from outside providers at his own expense. From time to time he attempted to re-enter the Veterans Affairs system, only to experience the persistent problems of access and availability.

Daniel took his own life on June 10 of this year, a block and a half from his Phoenix home. He left the family a letter listing the many roadblocks to care he had encountered in the Veterans Affairs system.

We also found a cover letter he had written as part of his disability benefits claim, describing his many physical and psychological ailments. It was not until we read the letter that we truly understood the immense scale of his illnesses. He described his post-traumatic stress and traumatic brain injury symptoms in these words: “unrelenting depression and a generally joyless existence,” terrifying nightly panic attacks, and “unbearable anxiety and fear in any situation in which I don’t have complete control of the surroundings.” In addition, he wrote, he had a “constant bombardment of violent thoughts and images.”

His physical symptoms included acute and chronic pain from fibromyalgia, which was so “grinding” that at times he could barely move; chronic fatigue so severe that “just holding my head upright requires more effort that I can bear”; excruciating headaches that could “easily be enough to strike an entire day from my calendar”; and an extreme case of irritable bowel syndrome that “literally controlled my schedule.” He was so embarrassed by these medical issues that we did not know until after his death that the hugs we gave him for comfort actually hurt him physically.

After reading these letters, we, along with Daniel’s wife and mother-in-law, identified multiple systemic issues at the Veterans Affairs Department and suggested possible solutions. This report has evolved into a “white paper” in which we recommend increased access, advocacy and accountability. Our plan calls for the department’s medical centers to adopt systemwide procedures to triage and prioritize care for veterans based on the severity of their condition and suicide risk. In addition, we feel the department should refocus the mission of its medical centers to become “centers of excellence” for the care and treatment of military service injuries and conditions only. Veterans with other medical conditions would be treated by contracted providers within the community at large.

We first took our concerns to the Phoenix veterans medical center. They had reached out to us after Daniel’s death to open a dialogue about the issues Daniel had described. We were astounded and appreciative when they acknowledged serious deficiencies in their system. Then we traveled to Washington to speak to the staffs of the House and Senate Veterans Affairs Committees, and were again astounded when they shook their heads in agreement as we detailed the problems we had identified. What was most disturbing was the realization that everyone was aware of the issues, but uniformly pessimistic about effectuating any significant change within the huge Veterans Affairs bureaucracy.

Since then, we have spoken directly to multiple elected officials in California and Arizona, on both sides of the aisle. We are continuing our dialogue with the Veterans Affairs management team in Phoenix. We participated in the San Diego Veterans Affairs Mental Health Summit and were subsequently invited to attend weekly mental health meetings. We have returned to Capitol Hill and, with the dedicated support of Representatives Kyrsten Sinema and Ann Kirkpatrick, both Arizona Democrats, have met with senators and representatives from around the country. Representative Sinema convened her fellow lawmakers for a “special order hour” on the House floor to discuss military suicides, using Daniel’s story as a focal point.

We will always be Daniel’s parents, but we now feel the need, the duty and the obligation to be a loud voice for veterans who are too sick or too broken to speak for themselves. This is a completely new experience for us. We are retired medical professionals who have no prior involvement with the political process other than voting, and we have never before been strong advocates for any particular issue. However, this Veterans Day we will be marching in the Veterans Day Parade in New York City with the Iraq and Afghanistan Veterans of America, and we are honored to have been asked to carry their banner.

There is too much at stake here. Solutions cannot wait another 10 or even five years. Positive and effective changes have to happen now. We, the people, must demand that no service member or veteran suffer the wide range of fundamental deficiencies that Daniel did in services that they need and are entitled to.

On behalf of every American who, like Daniel, put on a uniform and served our country, we must do better.

If you are a veteran or survivor reading this and need help, there are places to turn. The Veterans Crisis Line (1-800-273-8255; press 1), TAPS (taps.org) and the Iraq and Afghanistan Veterans of America (iava.org) offer support and resources.

Howard and Jean Somers live in the San Diego area. Howard is a New York native who grew up in Stuyvesant Town, and attended Stuyvesant High School and New York University. He is a retired urologist who practiced in Phoenix for 26 years. Jean is a paralegal who was Howard’s practice manager. She grew up in Canton, Ohio, spent 15 years in the Washington, D.C., area, and retired after 30 years in the health care industry.