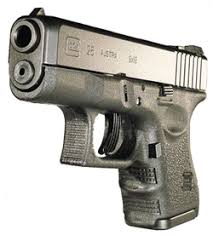 A ban on armed school employees was lifted by the St. Helens school board in Oregon this week, following a 4-to-1 vote during a district meeting Wednesday.

Last March, school employees including volunteers and contractors were banned from bringing licensed and concealed firearms onto school property. Now, with the ban removed, members of the community are taking sides, with some even offering free training to eligible teachers.

Board Chairman Marshall Porter, a supporter of the repeal, says the local community is not like other areas of Oregon when it comes to firearms.

“I would say that the risk is more likely that somebody who isn’t following the law is a higher risk to your child coming on to school property than the one that is going to do it legally,” Porter said. “Our community is kind of rigged that way already. It’s not like we’re in downtown Portland, where we’re different in that sense, or Beaverton.”

Other board members including Ray Biggs supported the decision, pointing to their constitutional oath as well as their duty to protect the community’s children.

The boards lone no vote, Jeff Howell, argued that teachers were likely to be even less safe than police officers, despite studies proving that you are 5 times more likely to be accidentally shot by a policeman than by an armed citizen.

“So two out of five [school district] employees can carry weapons even though studies have proven that trained police officers, when they use their weapons, are accurate less than 50 percent,” said Howell. “And here we’re opening the doors to employees in a possible stressful situation, who would be less trained than a police officer. I put the safety of our children above all else.”

Although there has been a 49 percent drop in gun homicide since 1993, multiple states including Arizona, California, Oklahoma, Tennessee, South Dakota and Texas have taken their children’s protection into their own hands by introducing or passing legislation to arm teachers.