Rosenthal: ‘Hundreds of white people must be killed for gun laws to get stricter’

Does the gun violence issue really have to do with race? 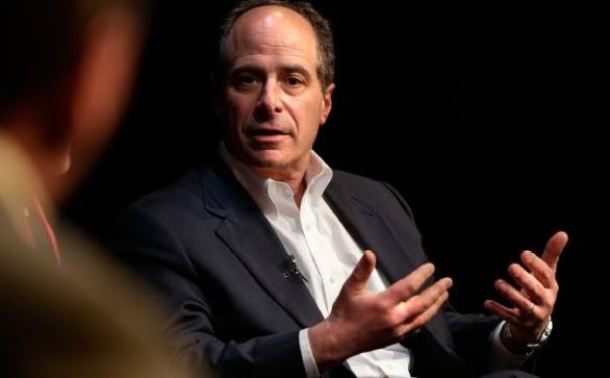 In the interview below, it’s clear that Rosenthal (pictured above) is attempting to make ‘gun control’ and ‘mass-shooting’ issues about race in America – characterizing it as a primarily a “white problem”. This heavily politicized approach could be very misguided indeed, as it completely avoids the individual attributes of the majority of gun-related incidents which take place – which is black-on-black violence which is concentrated in America’s urban areas. Unfortunately, these incidents are not ‘ratings friendly’ for big media, and therefore, they do not receive the same wall-to-wall media coverage which many ‘mass-shooting’ events like Roanoke,Aurora, Charleston, Chattanooga, Nashville, Lafayette and others receive from the likes of CNN and MSNBC.

The truth is, it’s neither a white or black, or brown issue. Perhaps “gun crime” is exactly that – a crime. Not everyone sees it that way, however, and therein lies the real political rift in US politics. Many leading Democrats and Republicans are convinced that their political careers could hinge on where they stand on the gun issue, even though it’s fundamentally a common law issue, and not a party one. In terms of gun control, Rosenthal fundamentally believes in the principle of state-sponsored Utilitarianism, which ultimately requires the state intervene in order protect its citizens from themselves (in the this case, from ‘gun violence’) in order to achieve what he and others believe is the great good for the greatest number of persons. As it currently stands, in the US, citizens possess the inalienable right to bear arms – as is stipulated in the 2nd Amendmentof the US Constitution, and until the law of the land says otherwise, that right “shall not be infringed”.

What what if the state itself is involved in manipulating some of these high-profile media mass-shooting events? Is it a case then, of the classic Hegelian Dialectic, of Problem, Reaction, Solution?

Welcome to the 21st century political hall of mirrors…

The tragic shooting that killed two journalists in Virginia won’t force Congress to take any measures for tougher gun control, as it cares more about the firearms industry, says John Rosenthal, founder and chairman of the Stop Handgun Violence group.

RT:Do you think gun laws will be changed?

John Rosenthal: No. Individual states like Massachusetts can pass gun laws. I am a gun owner and we have the lowest firearm fatality rate per 100,000 in the US. But Virginia and 32 other states don’t even require a criminal background check for all gun sales. We reap what we sow. Sadly, Congress has made it easier for people to buy guns undetected without background check. The more gun violence, the more fear, the more fear, the more gun sales. That is the game in the United States.

RT:Will an incident like this reignite the debate to do something different?

JR: Twenty-six innocent people were killed at Sandy Hook about three years ago, including twenty six- and seven-year-olds. Congress did nothing. Today 83 more Americans will die from firearms in the US. Their lives matter, too. Two journalists – it’s devastating, it’s sad for the members of the family, but Congress doesn’t care. The majority of the Americans don’t care enough to hold Congress accountable.

RT:The White House has come out in force for tougher gun laws. You don’t think there’s a commitment there by the government to do something now?

JR: I believe there’s a commitment by the US President, but members of Congress will not even require a background check for all gun sales. I’m a gun owner. The way it works: I go to the gun store, they have to run a background check. Criminals and terrorists, mentally ill, and even kids can go to 33 states in the US and buy guns from private dealers out of their car, trucks, and backpacks perfectly legally. So if Congress wouldn’t require a criminal background check after 20 babies were killed at the elementary school, why do you think they are going to care if two journalists were shot.

RT:What’s the incentive not to do something about this?

JR: It’s solely because Congress has given absolute immunity to only one industry – the firearms industry. You cannot sue them even if they are blatantly linked directly to criminals. The gun industry makes money after every mass shooting. After this shootings gun sales will go up again. Congress will do nothing. What is it going to take? Twenty babies wasn’t enough. A member of Congress wasn’t enough, 71 people in a movie theatre in Colorado wasn’t enough. It is going to take a hundred or two hundred largely white people because Congress doesn’t care about minorities. I wish it were different, but I have started this effort twenty years ago as a gun owner and a business person. That is 700,000 dead Americans ago, and there isn’t even a background check for gun sales, or military style weapons for that matter, in this country.

RT:The fact that so many people do own gun does begs the question: If there were tighter gun controls, would it actually have an impact on the situation?

JR: Absolutely. Massachusetts has proven it. We make it a little harder for criminals and terrorists and mentally ill and kids to get guns. We are an urban industrial state and we have the lowest firearm fatality rate. If the goal were to reduce injuries and deaths from guns, Congress would simply do what we do in Massachusetts. Sadly, the uniquely unregulated gun industry funds members of Congress to the extent that, not only do they have immunity from lawsuits, there is no regulations. The more gun violence, the more fear, the more fear, the more gun sales. Since Sandy Hook about three years ago, more than 90,000 Americans have died and Congress does nothing.

9 thoughts on “Rosenthal: ‘Hundreds of white people must be killed for gun laws to get stricter’”