Surprising words from the President 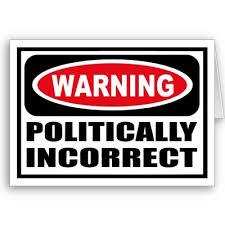 The media didn’t give these words from the president much coverage:

“We have been able to see many Euro-Atlantic countries effectively embark on a path of renouncing their roots, including Christian values, which underlie Western civilization. Policies are pursued that put large families and same-sex partnerships in the same category, belief in God and belief in Satan.”

Talk about being politically incorrect! But he was just warming up:

“Excesses of political correctness reach the point where there are serious discussions on the registration of parties that have propaganda of pedophilia as their objective. People in many European countries are ashamed and afraid of speaking about their religion, holidays are abolished or given other names, names that shyly conceal the nature of those holidays, and aggressive attempts are made to force this model on the rest of the world.”

Can you believe he said this?! But he wasn’t through:

“This is a direct path to degradation and primitiveness, to deep demographic and moral crises. What can be a better indication of a moral crisis in human society than its loss of the ability for self-reproduction?”

These are brave words. Thank-you for saying them, President Putin.