The ‘Facebook Lockout’ Is Not A Scam; It’s Designed To Prevent Scams 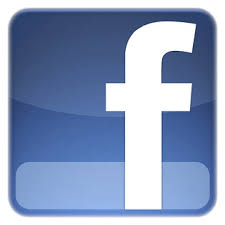 IMHO, this has the NYPD’s surveillance program written all over it.

NEW YORK (CBSNewYork) — If you use social media, you may be at risk of getting locked out of your own account, and it’s not a scam.

As CBS 2’s Maurice DuBois reported Monday, Facebook is actually locking people out of their accounts on purpose.

“It asked me to submit a government issued photo ID, so I automatically assumed it was scam,” she said.

When Moreno contacted Facebook, she was told it’s no scam. If she ever wanted to access her account again, she’d have to provide a copy of her ID.

And Moreno is not the only user this has happened to. A quick look online, and CBS 2 found countless numbers of Facebook, as well as Instagram users, complaining of the same temporary shutdown.

“Why should I have to submit it to a free social networking website?” she said. “It’s absolutely ridiculous.”

It’s ridiculous, Moreno said, because she didn’t have to supply a government issued ID when she first signed up with the site. So why now?

“There’s a lot of people faking profiles and using them maliciously,” said Chris Morran of The Consumerist online magazine.

Morran said it is all part of a new round of checks by some social media sites to verify users and prevent scams like catfishing — made famous by the Manti Te’o scandal.

A Facebook representative told CBS 2 the company updated its terms of service recently to include suspension of accounts that violate certain rules such as being younger than 13 years old, bullying, posting inappropriate content, and copyright violations.

But Moreno insists she didn’t violate any of Facebook’s new rules.

Eventually, the company did restore her login and apologized, saying her account was suspended by mistake. But she said the whole experience has left her wanting to “defriend” the social media site.

Before providing a copy of your ID, experts suggest contacting Facebook first to find out why you’re being locked out.

9 thoughts on “The ‘Facebook Lockout’ Is Not A Scam; It’s Designed To Prevent Scams”