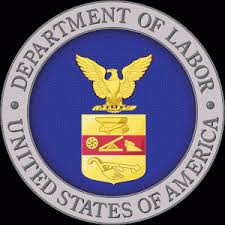 A subdomain of a U.S. Department of Labor website appeared offline on Wednesday after an apparent hack that looks similar to a known China-based hacking campaign nicknamed DeepPanda.

Hackers planted code on the main SEM page which redirected victims to other pages within the department’s website that attacked visitors’ computers. Invincea wrote that the site has been fixed, but it appeared to be offline late Wednesday.

When someone was redirected to an infected page, a script surveyed the computer to figure out what versions of software such as Microsoft Office, Adobe Systems’ Reader, Java or various antivirus programs it is running, wrote Jamie Blasco, director of AlienVault’s Labs.

The attack code then tries to exploit a vulnerability in older versions of Internet Explorer,wrote Anup Ghosh, founder and CEO of Invincea. The vulnerability, CVE-2012-4792, has been patched by Microsoft.

The style of attack is known as a drive-by download. It is particularly dangerous since potential victims merely need to visit a site in order for the attack to be executed.

The department could not be immediately reached for comment.

The security company CrowdStrike published a white paper that described DeepPanda as a China-based operation that tried to attack a large Fortune 500 company in December 2011. That attack sought to install remote-access Trojans (RATs), which would allow hackers to steal information from an infected computer.

The U.S. and China have clashed in recent months over cybersecurity. U.S. companies have become increasingly vocal over what they say are technically sophisticated long-term infiltration campaigns originating from within China.

One thought on “U.S. Department of Labor website infected with malware”