We are One False Flag Away from Gun Confiscation 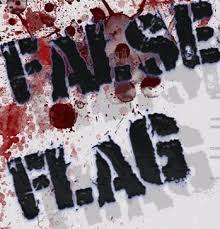 The communists are making it quite clear that they have no intention of diverting from their drive to disarm the American people.  The background check  legislation that was recently defeated in the Senate is still very much alive and needs only for Senate Majority Leader Harry Reid to step up to the podium and reintroduce it.

We all saw what happened in New York after the Sandy Hook false flag.  Cuomo and Bloomberg used the confusion to mount an infamous attack on our 2nd Article right, rushing gun legislation through, with zero input from the millions of New Yorkers it has affected.  And of course the new laws were put into effect immediately to get them entrenched before any backlash could occur.

It has come to the point that as the election system in this country has been captured and is now controlled by the communists, they no longer care what their so called constituency thinks about their actions.  In short, we cannot vote them out as there is no vote, hence they only answer to themselves and their international communist co-conspirators.

Make no mistake, they do know our minds.  The communists know if they lose control, they are looking at the wrong end of a hemp rope with a noose tied in it.  Thus the dilemma in the Senate, where a faction exists that knows the communists’ agenda is doomed to failure.

The communists tell us that they will sway those in the Senate who oppose their dictate by changing the minds of the people, causing their enemies to be voted out of office.  This is a sham as the real threat is that they will remove their adversaries through the corrupt election system, which all know to be a reality.

I guess it has become our purpose now to make the would-be turncoats more afraid of trials and hemp ropes than they are of political corruption.  In short, better to lose your job than your life.

This being said, we are currently being threatened with a “new Newtown”.  The communists have come forward and announced that there is going to be another false flag and that they intend to push gun registration through directly in the aftermath thereof.

Time grows short so we must let our enemies know that no excuse, no matter how horrific, is going to be good enough to accommodate registration in preparation for gun confiscation, as we will see the two as one and the same.  We will not comply and if this is to be the issue that causes that shot to be fired, so be it.

We have set the enemy back on their heels a bit.  They will concentrate their effort and try again.  We are many.  They are few.  They cannot win and these traitors are going to answer for their crimes, each and every one of them.  Let them know we will be looking at their record when the time comes to pronounce sentence.