Will Rush Limbaugh Be Sent to a Mental Hospital? 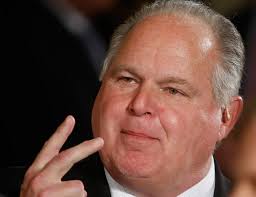 As I previously blogged, the sheriff of Palm Beach County, Florida, one Rick Bradshaw, recently got a million-dollar grant from the state legislature to use to spy on citizens and recruit people to spy on and “report” their neighbors if they think they are too critical of government.  He wants people to report “the guy down the street who hates the government . . .”  Then the governmental critic will be sent for mental health evaluation, and his life possibly ruined.

Which brings us to Rush Limbaugh, a Palm Beach, Florida resident who rants and raves against the government five days a week from his downtown Palm Beach studio, and who genuinely hates the Obama regime.  Rush is literally the “guy down the street” (from the West Palm Beach sheriff’s office) who hates the government (well, whenever a Democrat holds the White House, anyway).  One has to wonder how long it will take before a Palm Beach liberal will report Limbaugh to the town’s Soviet Union-inspired sheriff who may love to send Rush to a mental hospital to “send a message” to all the other critics of government out there.

3 thoughts on “Will Rush Limbaugh Be Sent to a Mental Hospital?”