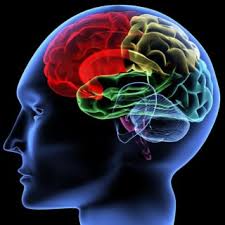 Without using the Internet or other sources, try and answer these questions from memory.

Answers with links provided after the quiz.

1.) How many American troops died fighting during WWII to make the world safe for Zionism?

2.) How many Jews died during WWII?

3.) Name two 2016 presidential candidates and which one is an Israeli-Firster and the other a Marrano Jew by way of Cuba?

4.) How much money and other forms of aid does the American taxpayer get forced to donate to the world’s leading terrorist state, Israel, each year?

5.) Who won the last Super Bowl and who is second in command at the Treasury Department?

6.) Which foreign nation is the only one Congress has exempted from registering its lobbyists and will not be subject to the same financial pain Americans will feel thru the sequestration?

7.) Which presidential administration, Clinton’s or Obama’s has appointed more Jews to key positions?

8.) Remember the Zionist Jew Rupert Murdoch’s phone hacking scandal that erupted in not so Great Britain? What is the current status of ‘Sir’ Ruppie breaking of numerous laws regarding that case?

9.) Which nation is the only one on the planet without defined borders and refuses to say what those borders are?

10.) Remember Iceland who was getting gang raped by the international bankster gangster crowd? What happened to that nation and what is it’s current economic status?

Answers to the above questions, some of which I even had to look up, since the dreaded disease of Zionism is difficult to eradicate from your brain cells.

1.) How many had to look up this answer? Depending on the source, the actual numbers vary, guess its that ‘fog of war’ thing, but this link says:

2.) Bet the Cabalistic significant number SIX MILLION popped into your head before you finished reading the question.

3.) The two candidates running to be Vice-President of Israeli Affairs in the USSA are Joe “I’m a Zionist” Biden and the toxic Ted Cruz, from Texas.

Never mind that Cruz wasn’t born in the USA, nor were both of his parents US citizens when he was born, those legally obstacles won’t impede his march to the WH.

Either one getting to the WH would mean more of the SOS regarding our ‘special relationship’ with Israel. We’d continue to provide that Racist State of Hate unlimited monies; all sorts of weapons and political backing at the JewN.

And we must not forget that witch bitch, Hillary Clinton, who cackled and laughed about the brutal murder of former Libyan head of state Qaddafi.

She is one sick bitch, so she’ll make a fine toady serving Israel in the WH.

4.) I’ve heard the dollar amount of 3 Billion in aid given to Israel almost as many times as the Zionist Holocaust™ fairy tale number.

As for the actual amount, good luck at finding out the true amount of money we are forced to ‘give’ to Israel each year. There’s the 3 billion, which is part of the negotiations that made Israel give back to Egypt what they had stolen during their 1967 War of Aggression, the Sinai.

Although the USA is beyond bankrupt and starting to look like a 3rd world nation, each year Congress ‘loans’ Israel large sums of money, which are then turned into grants, so the loans are never paid back.

There’s the preferential trade agreements with Israel, which forces US companies to buy Israeli made products over American.

Add in the increase in gasoline prices anytimes the markets get nervous because Israel’s on another homicidal maniac spree, like nuking Damascus.

As for the weaponry we give Israel each year, it’s anyone’s guess, but between Israeli spies stealing our military secrets and reverse engineering American weapons, then re-building them with a Yid sounding name and selling them to other nations, the total amount of money conned and stolen from American taxpayers each year and gladly given to Israel by a corrupt, lap dog Congress is probably almost impossible to calculate.

The Cost of Israel to US Taxpayers

5.) Bet you already knew the Baltimore Ravens won last year’s ‘STUPID BOWEL.’ Unless you had some money riding on the score, the game really meant nothing in the long run and sure as hell doesn’t cost you tens and tens of billions each year to watch.

The Jewish American Neal Wolin is 2nd in command at the Treasury Department and his boss is Yacob Lew, an Orthodox Jew who really, really has the financial stability of the USA as his only priority. Really!
Before slithering over to the Treasury Department, Yacob was the Director of the US Office of Management and Budget, a position he had held previously from 1998-2001.

OMB helps craft the budget. Past heads have been, Jeffrey Zients; Peter Orszag and Joshua B. Bolten. Mazel Tov!

Click on this link to the Treasury Department’s Office of the Comptroller (OCC) and scratch your head and wonder if you’re reading a ‘Bar Mitzvah’ guest list or an AMERICAN government employee listing.

What does the OCC do?

The OCC’s primary mission is to charter, regulate, and supervise all national banks and federal savings associations. We also supervise the federal branches and agencies of foreign banks. Our goal in supervising banks and federal savings associations is to ensure that they operate in a safe and sound manner and in compliance with laws requiring fair treatment of their customers and fair access to credit and financial products.

The OCC’s primary mission is to “charter, regulate, and supervise all national banks and federal savings associations, and to ensure that they operate in a safe and sound manner?” Been doing a bang up job so far, wouldn’t you say.
Any guess as to where most of that wealth stolen from Americans since the FALSE FLAG/INSIDE JOB of 9/11went to? Gosh, give me a few minutes to figure that one out!!!

(Another bonus point: Guess I could mention that Secetary of State John Kohn’s (nee Kerry) State Department employee listing looks like a page out of the Tel Aviv phone book, but then someone would scream ‘anti-Semite,’ because I told the truth and I get so scared when that overworked distraction gets used like a carpenter uses nails, so I won’t say what I already said.)

6.) Israel does not have to register its USA lobbyists, nor will its monthly welfare checks from Uncle Sam be subject to any loss.

7.) Obama has appointed more Jews to key positions in his administration, breaking the record set by Clinton.

8.) Über Zionist, die-hard Israeli fan and ‘Tribe’ member Murdoch is getting a slap on the wrist, with the only punishment so far being handed out in England being paid out in money to some of the victims of his sordid, criminal behavior.

10.) Iceland voted to tell the Zionist bankster gangsters basically to “Fuck Off,” you made the losing bets, nowyou pay off YOUR mistakes and they replaced their Zionist lackey’s at the head of their government.

Compare that to the ever expanding USA recession, which is looking more like a repeat of the Federal Reserve engineered ‘Great Depression’ of the 1930’s.

Not that most people living under Israeli occupation in the USSA would know about Iceland breaking free of the bankster gangsters, since the Zionist MSM fills up the airwaves with brain candy like the Jody Arias trial or the latest on Justin Beaver or the latest scandalous crap out of Hollywood.

If we had a Congress that was not controlled by the Fed, Wall Street and Israel, and had balls like the courageous Icelanders, just think where we could be today.

If you got all 10 right, congratulations, as your brain is completely free of the dreaded, mind-numbing wasting disease known as Zionism.

If you got at least six right w/o cheating, you’re on your way to being breaking free of your Zionist shackles, so don’t stop now, keep feeding your brain the TRUTH, the best antibiotic known to eradicate Zionism.

If you got less than three answered correctly, stop watching the Zionist MSM news outlets your TALMUDVISION set, and start reading alternative news sites and blogs that will set you on the road to freedom.

This is Your Brain on Zionism – Politicians Asked “Who in the Middle East ACTUALLY has Nukes?”

Maybe this will refresh their memory about whether or not Israel has nukes.