Aaron Hernandez was granted an abatement on his 2015 conviction for the murder of Odin Lloyd, meaning the former New England Patriot is considered not guilty in the eyes of the court.

Bristol County (Mass.) Judge Susan Garsh, who presided over the original trial, ruled in favor of Hernandez’s estate, agreeing that an ancient Massachusetts law should be applied here. It states that if a defendant dies while a conviction is still in the process of appeal then the verdict is vacated. Hernandez, 27, committed suicide late last month while serving a sentence of life without the possibility of parole for the 2013 murder of Lloyd. 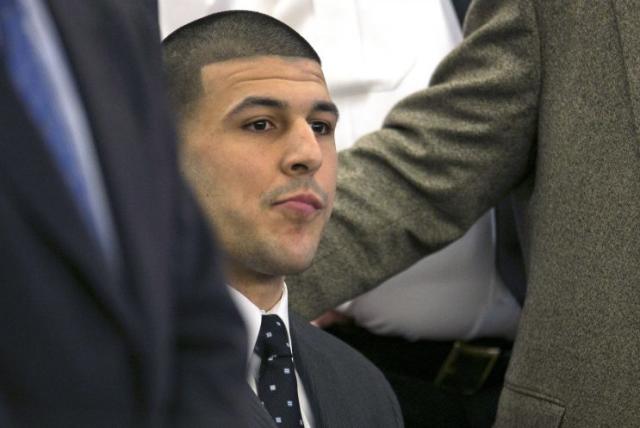 “Abatement is the law in this Commonwealth and this court is required to follow that precedent,” Garsh said citing case law. “… the Court has no other choice.”

The Commonwealth is expected to appeal the decision, which will almost certainly wind up in the Massachusetts Supreme Judicial Court. No matter which way Garsh ruled, this was almost assuredly going to be step one in a long legal process.

Hernandez’s attorney, John Thompson, argued in briefs and during a 40-minute hearing Tuesday morning that neither the cause of death nor any assumed motives applied to the law. He noted there was no precedent in any other ruling on the issue that called for abatement not to be granted.

“[The original Lloyd ruling] is not a final conviction,” Thompson said. “And that’s what matters.”

Prosecutor Patrick Bomberg argued otherwise, saying that Hernandez chose to die, thus making a conscious decision to forfeit his appeal process as a way to be cleared, which wasn’t the intent of the law.

He also noted that Hernandez, according to a state police report, mentioned to an unnamed fellow inmate that he was aware of the abatement law and in a suicide note mentioned to his fiancée, Shayanna Jenkins-Hernandez, wrote, “YOURE RICH.”

At stake is not just Hernandez’s record, but potential payouts from the New England Patriots, who could, perhaps, no longer be able to withhold money owed due to a conviction for murder.

“We are arguing there is a motive to [commit suicide],” Bomberg said, noting the financial benefits.

“This court cannot know why Hernandez ended his life,” Garsh said. She cited other possible motives, including Hernandez’s increased spirituality and writings that suggested he was following what he believed was God’s plan, as well as comments that he was seeking redemption on religious grounds. She also noted the fact other inmates heard via a Boston radio show that Hernandez might be bisexual.

If the Hernandez estate does receive financial payments, the family of Odin Lloyd still has a wrongful death civil suit pending. They may be able to gain access to any or all money the Hernandez estate receives, if it receives any. (The Patriots are expected to fight this also if it gets to that). Then there are the families of Daniel de Abreu and Safiro Furtado. Hernandez was acquitted of their 2012 murders in a Boston drive-by shooting. However, a civil suit would require a lower standard of proof. There are other creditors also lined up against the Hernandez estate, which is currently valued at $0.00.

Lloyd’s mother and sister led a large group at the hearing of supporters for Lloyd, a former semi-pro football player and landscaper in Boston. That included Shaneah Jenkins, his then girlfriend and the sister of Shayanna Jenkins-Hernandez, who was not present.

“In our book, he’s guilty and he will always be guilty,” Ward told reporters outside the courthouse. “But I know one day, I will see my son again.”

After a lengthy trial, a Bristol County jury ruled just over two years ago that Hernandez shot Lloyd six times in an undeveloped patch of an industrial park less than a mile from Hernandez’s North Attleborough (Mass.) home.

A brilliant tight end on the football field, Hernandez, originally from Bristol, Conn., won a national title at the University of Florida and played three seasons with the Patriots, appearing in one Super Bowl where he caught a touchdown pass.

He is survived by a 4-year-old daughter.