A Fox Lake police officer was shot and killed Tuesday morning, and a massive manhunt with dogs and helicopters was underway along Rollins Road in Lake County.

The officer was pursuing people described as suspicious around 8 a.m. Tuesday, according to Lake County Undersheriff Raymond Rose.

Officers responding to the scene to help the officer found him in a marshy area, stripped of his gun and other gear, Rose said. He died at the scene, the undersheriff said.

Police have established a perimeter and are seeking one black male and two white males, Rose said.

“If (residents) see anybody in their area … that doesn’t belong or doesn’t look right, they should call 911,” he said.

Police, with the help of U.S. marshals, were searching woods and businesses in the area, authorities said. 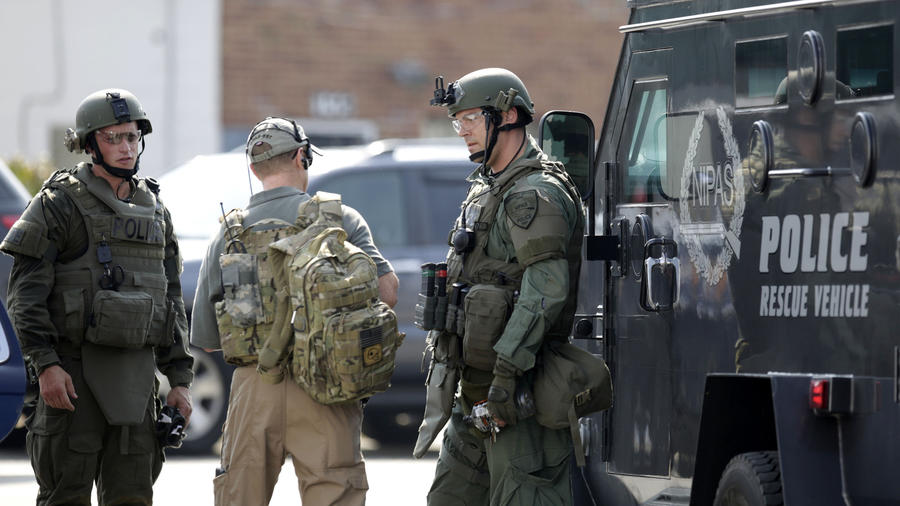 Every law enforcement agency in the area, along with a regional SWAT team, was assisting, according to George Filenko, commander of the Lake County Major Crime Task Force.

The search prompted officials at Grant Community High School to put the building on lockdown.

“Grant Community High School is currently in a lockdown at the request of the Fox Lake Police Department,” read a statement posted at grantbulldogs.org. “A police matter is occurring in the community and for the safety of our students and staff they have requested we remain locked down.”

Metra’s Milwaukee District North Line has also been shut down because of the search, the agency said.