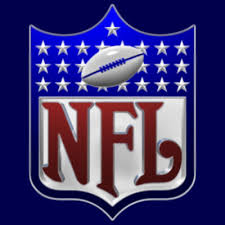 Is this NFL decision to ban off duty officers from taking their guns into football games a set up for a false flag attack on an unsuspecting crowd with no plain clothed armed officers in site or just a further NFL venture into the ‘police state’? Could a ‘false flag’ attack be carried out on an NFL stadium? The 2nd video below proves they’ve already done a practice run. The first video below released barely a week ago is eye-opening and is called “32 NFL Football Teams – Almost All Stadiums Align With Lines Of Death.”

As if the National Football League’s regulations couldn’t get any more draconian, one NFL stadium is moving to impose even tighter gun restrictions – and this time they’re targeting the supposed good guys.

According to Cleveland.com, a memo went out to Cleveland police stating FirstEnergy Stadium, home of the Cleveland Browns, would begin outlawing firearms for off-duty cops, essentially lowering officers to the same level as the other disarmed peasants.

“Off-duty officers who attempt to bring firearms into an NFL facility will be denied entry. An armed officer will only be allowed inside a league facility if they are working an NFL game or event in an official capacity, according to the memo,” reports Brandon Blackwell.

“A police officer is never happy to give up his service weapon, especially when we have the right to carry it, you know, 24 hours 7 days a week and we’re upheld by our oath too to protect and serve the public on or off duty,” said Jeff Follmer.

Is this latest venture by the NFL a set up for a false flag or just a further venture of the NFL into the police state? As the clip from the Infowars story below clearly shows, the NFL has totally embraced the mentality of the police state since the attacks on 9/11. Is this a set-up?

The fabricated events of 9/11 prompted the NFL to become a useful cog in helping wean the population into a subservient, sycophantic mentality, facilitated by the gradual implementation of the Department of Homeland Security’s “See Something, Say Something” snitch guidelines.

Previously, we documented how the DHS used the Super Bowl to announce its NFL partnership in launching the “If You See Something, Say Something” propaganda campaign, which urged well-meaning Americans to live in constant fear of a phantom terror threat.

We’ve also exposed how two years ago the NFL moved to implement airport-style “enhanced” pat-down procedures under the guise of improving fan safety, shredding any last semblances of the Fourth Amendment.