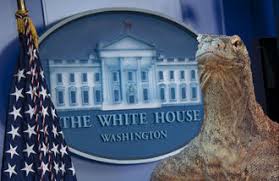 This may be old news (about a month) but it is still worth posting.   A poll was recently conducted by Public Policy Polling of Americans on the topic of conspiracy theories.   The number really do not surprise me very much.  If anything, it shows a few conspiracy theories are LESS popular than I might have expected.   Then again, the numbers are still soberingly high.

Via the Atlantic Wire:

The margin of error of the poll is 2.8 percent. As with any poll, it’s important to remember that the margin of error may not reflect the true accuracy of the poll, as it can depend on factors like how careful the pollsters were in selecting an appropriate demographic cross-section of the US.  It’s very easy to get skewed results with polling, because telephone surveys tend to get more responses from certain demographics, such as retirees, the unemployed and others who are more likely to be home and willing to answer questions.   Still, the numbers certainly seem plausible and are in line with other polls that have been conducted.

Of course, one also wonders how many people might say yes to certain conspiracy theories while only harboring a slightly sarcastic belief in them.   As with any such numbers, it’s hard to be sure who is a hard-core believer and who has only a passing belief.   One can certainly hope that they might be lower.

You can read more about the poll here. According to Public Policy Polling, the total respondents were 1,247 all of whom were registered voters.   That’s a reasonably good size sample.  The questions were also direct and avoided bias.   The figures also show the breakdown between Republican and Democratic-registered voters.  As one might expect, Republicans tend to be more prone to believing things like Bin Laden is alive, while Democrats are far more likely to think Bush lied about WMD’s.

It’s not surprising that the Kennedy Assassination ranks at the top of the poll.  If anything, it’s surprising it is not higher.   The Kennedy Assassination has always fascinated me, because, despite being a relatively straight-forward shooting, it spawned the single most widespread and enduring conspiracy theory in the US.   There are many reasons for this, including the efforts of those like Oliver Stone and the fact that the events were shocking and the guilt of Lee Harvey Oswald seemed so anti-climactic for such an event.

The Kennedy Assassination is unique in that the conspiracy theories have transcended the normal conspiracy theory subculture and become entirely mainstream.  A large number of Americans did not accept the Warren Commission report as soon as it was published in 1964.  That number continued to climb after a second investigation by the House Select Committee on Assassinations and with the production of numerous books and documentaries supporting conspiracy theories.

The most dangerous of all these conspiracy theories, however, is likely to be the 20% number for autism being connected to vaccines.   This is directly responsible for a number of outbreaks in the US.  Indeed, this belief is hardly just American.  Fear of vaccines has become a major problem across the industrial world.   It goes to show that more effort still needs to be mounted against these harmful myths.

One of the strangest things to note about this poll is that there is a small percentage of the respondents who believe that Barack Obama is the Antichrist but voted for him anyway. There are at least three explanations for this:

It would be interesting to see polls from other parts of the world and gauge how the US ranks compared to elsewhere.   The United States is considered an especially fertile ground for conspiracy theories, yet they are certainly not uncommon elsewhere.   The belief that vaccines cause autism, for example, has had a global impact.

Personally, there are only two questions that I *might* answer yes to.   The question that “aliens exist” can mean one of two things.  It could mean that extra terrestrial life exists somewhere in the vastness of the universe.   I believe that the answer to that is most likely yes.   However, in this context, I tend to think they are really looking for the belief of whether alien visitors have come to earth.

The second question is “Bush intentionally mislead on Iraq WMDs.”  Again, the question has some room for interpretation.  I do not believe that George W. Bush actually expected Iraq to have no stocks of chemical or biological weapons.  We know Saddam Husein had them in the 1990’s, and given there was lack of good human intelligence, there was every reason to presume he probably still did.  It also seems highly unlikely (or at least incredibly stupid) to lie about something like the presence of chemical weapons, knowing full well the lie would be found out, once the country was invaded and chemical weapons were not discovered.

On the other hand, the Bush administration clearly did try very hard to persuade the American people that Saddam Husein presented an imminent threat to the security of the US.  There’s little evidence of this, and, even if he had chemical weapons, by 2003, his military had been decimated and the country was well contained, having not really threatened its neighbors in two decades.  This itself, is not lying outright, but may qualify as “misleading” depending on how one defines it.

Thus, I would conclude that a reasonable person could answer this question either way.