The Anything but Affordable Healthcare Act 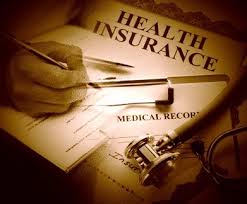 I am still trying to understand how a criminal act such as the “Affordable Healthcare Act” (aka Obamacare) was ever passed. The Patriot Act, the NDAA, and the rest of the treasonous acts passed by “President” (and I do use that term ever so loosely”) Obama aka Barry Soetoro are so illegal that I cannot understand how the American people have allowed such lawlessness to prevail for so long. The United States of America is going to hell in a handbasket, yet many seemed too busy with Monday night football and Walking Dead to be concerned about any of it.

If you haven’t seen how much the healthcare plans cost, go ahead and take a look, just be ready for sticker shock. If you are wondering about the prices, here is a look at the illegal penalties that will be applied starting in 2014 from FactCheck.org

The IRS will collect the penalty-tax, a fact that will no doubt further enrage those who hate Obamacare.

But here’s some more good news for those folks:

The IRS will not have the power to charge you criminally or seize your assets if you refuse to pay. The IRS will only have the ability to sue you. And the most the IRS can collect from you if it wins the suit is 2X the amount you owe. So if you want to thumb your nose at the penalty-tax, the IRS won’t be able to do as much to you as they could if you refused to pay, say, income tax.

By the way, the following folks will be exempt from the penalty-tax:

. Those who make less than $9,500
. Employees whose employers only offer plans that cost more than 8% of the employee’s income
. Those with “hardships”
. Members of Indian tribes
. Members of certain religions that don’t pay Social Security tax, such as Amish, Hutterites, or Mennonites

And, of course, Obamacare isn’t free. So, whether you pay the penalty or not, you’re going to have to pay a lot of other taxes to pay for it. Here they are: http://www.businessinsider.com/here-a re-the-new-obamacare-taxes-2012-7