The Price of Medicaid – Everything You Have Left 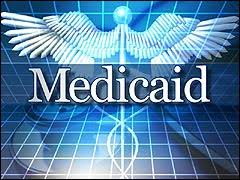 I would like to give a little background information.

My Mother was a very caring and straightforward person, a real person that said what she thought.

When my youngest sibling was being born, the nurses, one on each side held a sheet (Filled with ice packs) up toward my mom’s upper body to prevent birth until the Dr. arrived. My sister was already crowning.

That was unfortunately, what some hospitals practiced in those days. Waiting for the grand arrival of the “Doctor” my sister went without oxygen to the motor part of her brain for 10-12 minutes, she was born with CP and brain damage. My sister wasn’t diagnosed until she was about 9 months old, after repeated trips to Ann Arbor to find out why she wasn’t developing as quickly as the rest of us had. After the “Specialist” diagnosed her, they told my parents to institutionalize her (Again something most parents were told to do and did in those days), my mom wouldn’t have any part of that.

When my sister reached school age there weren’t any schools in the area for handicapped children. My mom & her friend started the pre-school center for the handicapped. It took a lot of fundraisers, accepting donations for garage sales, garage sales, and a whole lot of other community based fundraisers to get it going. There wasn’t any transportation to get the children to day care. My mom and her friend picked each child up and transported them to and from Daycare.

Mom was very community orientated; she started the “Block Parent” group in our area. The idea was to have at least one parent on each block in our neighborhood have a BP sign in there window as a safe haven for a child to go to if they felt scared of something, such as someone following them, or if they fell and got hurt (Many a bandaged knee at our house J) or whatever the reason would be. She was also the “Mitten Bay” area Girl Scout leader for I can’t remember how long and many other things.

Mom didn’t work out of the house until we were teens or almost teens.

The parents divorced when we were in our teens (Ironically they got along better (Years) after). From then on mom worked, switchboard operator, manager, dispatcher, restaurant owner, store owner, cashier and probably more until past retirement age until her CHF among other things stopped her and all the while caring for my sister.

Leading up to her death she had her insurance through BCBS which she paid for, then also added Aetna and Medicare, she paid off all her CA hospital bills on Soc.Sec (How she did that I’ll never know) up until her illness got so bad and someone had to take over.

I wrote the above everyone would know my Mom did not live off any system and paid into it all the time she physically could.

It is supposed that Medicaid is taxpayer supported? I didn’t know they are going after any Assets the person may have had?

First of all, your income has to be so low, to actually even qualify for Medicaid.

How in the hell could they have Assets? Do the want a ring or bracelet or something else a family member bought them?

As you can see, I didn’t fill out the information on the Asset collection sheet, they already have that information somewhere. They are getting paid to know it and if they don’t, they better get somebody on it, mho.

7 thoughts on “The Price of Medicaid – Everything You Have Left”