US plans to militarily penetrate Africa 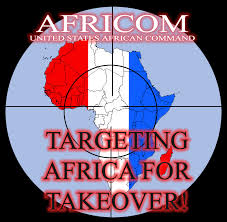 The U.S. is preparing “to militarily penetrate the African continent” by building up its military resources within the Mediterranean Sea, says Rick Rozoff, manager of the Stop the NATO organization.

On Wednesday, Italian Foreign Minister Emma Bonino announced that the U.S. was transferring 200 marines and two planes to its base at Sigonella in Sicily to deploy in Libya if U.S. diplomats come under attack as they did on Sep. 11, 2012.

The U.S. is also deploying four Guided Missile destroyers to naval Station Rota in Spain which is the Atlantic gateway into the Mediterranean and one of the most important shipping corridors in the world.

The destroyers include three from Norfolk, Virginia; USS Ross, USS Donald Cook, and USS Porter, and one from Mayport, Florida, USS Carney. Ross and Donald Cook will arrive in fiscal 2014 and Carney and Porter in fiscal 2015.

“The U.S. is positioning itself for a military intervention inside Libya by building military forces in Sicily,” said Rozoff in a phone interview with the U.S. Desk on Thursday.

“Potentially, other interventions in Africa and even the Sahara region could be staged.”

According to Global Research, the U.S.’s intervention in Africa is driven by America’s desire to secure valuable natural resources and political influence that will ensure the longevity of America’s capitalist system.

This article originally appeared on : Global Research  [Has since been removed]

3 thoughts on “US plans to militarily penetrate Africa”