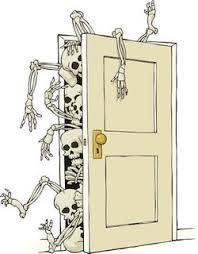 The Hill – by Bernie Becker and Peter Schroeder

Senior Obama administration officials where notified almost a year ago that an inspector general was looking into the IRS’s treatment of conservative groups, a watchdog said on Friday.

George stressed that he told the officials merely that a probe was underway. After the hearing, aides at the inspector general’s office later said it’s standard practice for them to give a head’s up about their work.

Still, the timeline George detailed adds even more intrigue to the uproar over the IRS’s targeting of conservative groups seeking tax-exempt status, which lawmakers on Capitol Hill have vowed to investigate exhaustively.

Congressional Republicans have repeatedly said that one of their key questions about the IRS’s targeting of Tea Party groups is when senior officials at both the White House and Treasury found out. Ways and Means Chairman Dave Camp (R-Mich.) said the aim is to find whether the administration is fostering a “culture of cover-ups.”

Republicans have tied the IRS scrutiny to Tea Party groups to the fallout from last year’s attack in Benghazi, Libya, and the Justice Department’s targeting of phone records from the Associated Press.

On Friday, Camp also tried to broaden the inquiry into the IRS, specifically mentioning the agency’s disclosures of pending tax-exempt applications — including that of the Karl Rove-linked Crossroads GPS — and the release of tax records from the conservative National Organization of Marriage.

Lawmakers heard testimony Friday from Steven Miller, the acting IRS chief who was pushed out this week.

But the attention is quickly shifting to Wolin, who is scheduled to testify before the House Oversight Committee and Chairman Darrell Issa (R-Calif.) on Wednesday, where he will be grilled on what he and other Treasury officials knew — and when.

Treasury confirmed Friday that George’s office told Wolin about the forthcoming audit last year, and that the inspector general personally told Treasury Secretary Jack Lew about it in March. Lew confirmed that timeline in an interview with Bloomberg Television.

But the Treasury department also says neither Lew nor Wolin found out about the inspector general’s findings until they started filtering out to the public last week.

The IG report, the Treasury statement says, “describes outrageous and inappropriate conduct by IRS personnel between 2010 and 2012. During that time period, Treasury was unaware of any such conduct.”

Both the inspector general’s office and Treasury said Friday that that the watchdog gave a draft of the audit to department staff in mid-April. Treasury says that those findings were not shared with Lew or Wolin, as is standard practice.

The inspector general’s office also noted it had publicly disclosed that it was looking into political groups seeking tax-exempt status in October of 2012.

Lew and President Obama met on Friday with Danny Werfel, who is taking over as acting IRS commissioner when Miller departs at the end of June. Lew and Obama asked him to report back in a month on how staff at the agency is being held accountable, how its assuring that these sorts of problems aren’t repeated and how the agency can be better organized.

The developing timeline outlined Friday suggests that the inquiry into the IRS is far from over — especially after Miller delivered hours of sharp and even antagonistic testimony before Ways and Means.

Miller is also scheduled to testify before the Senate Finance panel on Tuesday, along with George and the former IRS commissioner, Doug Shulman.

Facing tense and even hostile questions from GOP lawmakers, Miller said the screening process the IRS used was “obnoxious” and called the customer service the agency offered “horrible.”

But Miller also said that he did not believe that any IRS employees committed a crime, though he cautioned that more information on that front could be forthcoming.

Top Republicans like Speaker John Boehner (R-Ohio) have said they believe IRS staffers need to go to jail over the targeting, and the Justice Department has opened a criminal investigation into the matter.

The acting IRS chief was also often short on the details that lawmakers requested, even as he stressed that his agency’s mistakes were not politically motivated.

Republicans on the panel expressed frustration throughout the hearing at Miller’s answers, as the acting chief maintained that he did not lie to them. Miller found out about that special attention more than a year ago but declined to tell lawmakers.

“On the one hand, you’re arguing today that the IRS is not corrupt,” said Rep. Peter Roskam (R-Ill.). “But the subtext of that is you say, ‘Look, we’re just incompetent.’ And I think it is a perilous pathway to go down.”

Democrats also expressed anger at the IRS practices, calling especially for Lois Lerner, the IRS official who first disclosed the extra scrutiny, to be moved out of the agency. Lerner will testify before House Oversight next week, with Wolin, George and Shulman.

But Democrats also stressed repeatedly that Shulman, who was commissioner when the targeting took place, was a George W. Bush nominee, and several said the major issue was the Supreme Court’s Citizens United decision that lifted campaign finance restrictions.