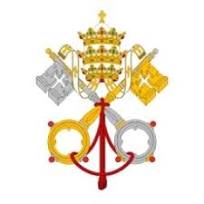 Following Pope Francis’ demand that the Vatican Bank review its procedures, Reuters reports that the bank islikely to close all accounts held by foreign embassies, following concerns about large cash deposits and withdrawals by the missions of Iran, Iraq and Indonesia, according to people with knowledge of the situation. The private bank IOR has around EUR7.1 billion in assets but is concerned it could be “an unwitting vehicle for money laundering and other illicit finances.”

The Vatican bank is likely to close all accounts held by foreign embassies, following concerns about large cash deposits and withdrawals by the missions of Iran, Iraq and Indonesia,according to people with knowledge of the situation.

The Vatican’s financial watchdog, which examined the transactions in 2011, believed the embassies’ justifications for the transactions were too vague or disproportionate to the amounts — up to 500,000 euros at a time — these people said. In one case, a large cash withdrawal was said to be for “refurbishment”, one person added.

Now the bank and the watchdog want to reduce the possibility that the Institute for Religious Works (IOR), as the bank is called, could be an unwitting vehicle for money laundering and other illicit finances.

Four people with knowledge of the matter said the closure of the accounts was likely to be a key recommendation of a broad review that Pope Francis has ordered of the bank, whose scandal-tainted history has long been an embarrassment for the Holy See.

The IOR is a private bank – currently with about 7.1 billion euros in assets under management– whose stated goal is to hold and manage funds for religious orders of priests and nuns, Catholic charities, Vatican employees, and other Catholic institutions. But the number of account holders has swelled to 19,000 over the years and diversified beyond the original categories with the right to hold accounts.

The bank is also coming clean on possible illicit financial activities. The Vatican has said it detected six possible attempts to use the IOR to launder money last year, and at least seven in the first half of this year. In one case, a prelate who had close ties to the IOR was arrested in June on suspicion of plotting to smuggle 20 million euros in cash into Italy from Switzerland to give to rich friends in southern Italy. The prelate, who will be tried in December, says he was not acting for personal gain.